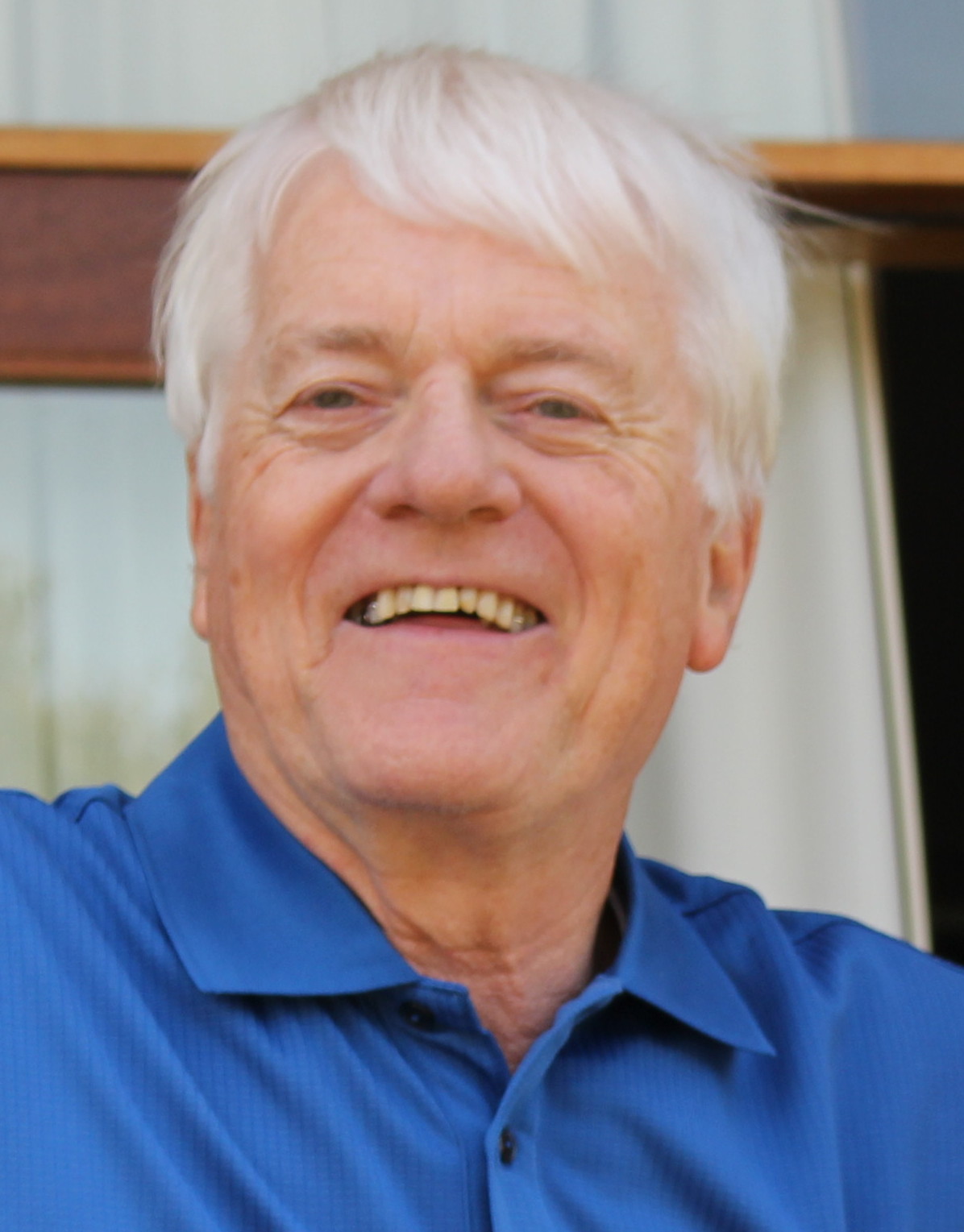 As a youngster growing up in the cobbled streets of Stockport, UK, Clayton Graham read a lot of science fiction. He loved the ‘old-school’ masters such as HG Wells, Jules Verne, Isaac Asimov and John Wyndham. As he left those formative years behind, he penned short stories when he could find a rare quiet moment amidst life’s usual distractions. He settled in Victoria, Australia, in 1982. A retired aerospace engineer who worked in structural design and research, Clayton has always had an interest in science fiction and where it places humankind within a universe we are only just starting to understand. Clayton loves animals, including well behaved pets, and all the natural world, and is a member of Australian Geographic. Combining future science with the paranormal is his passion. Milijun, his first novel, was published in 2016. Second novel, Saving Paludis, was published in 2018. They are light years from each other, but share the future adventures of mankind in an expansive universe as a common theme. The sequel to Milijun, entitled Amidst Alien Stars was released on December 1 2019. In between novels Clayton has published Silently in the Night, a collection of short stories where, among many other adventures, you can sympathize with a doomed husband, connect with an altruistic robot, explore an isolated Scottish isle and touch down on a far-flung asteroid. He hopes you can share the journeys.

LOOKING FOR LIFE
A Collection of Science Fiction Short Stories 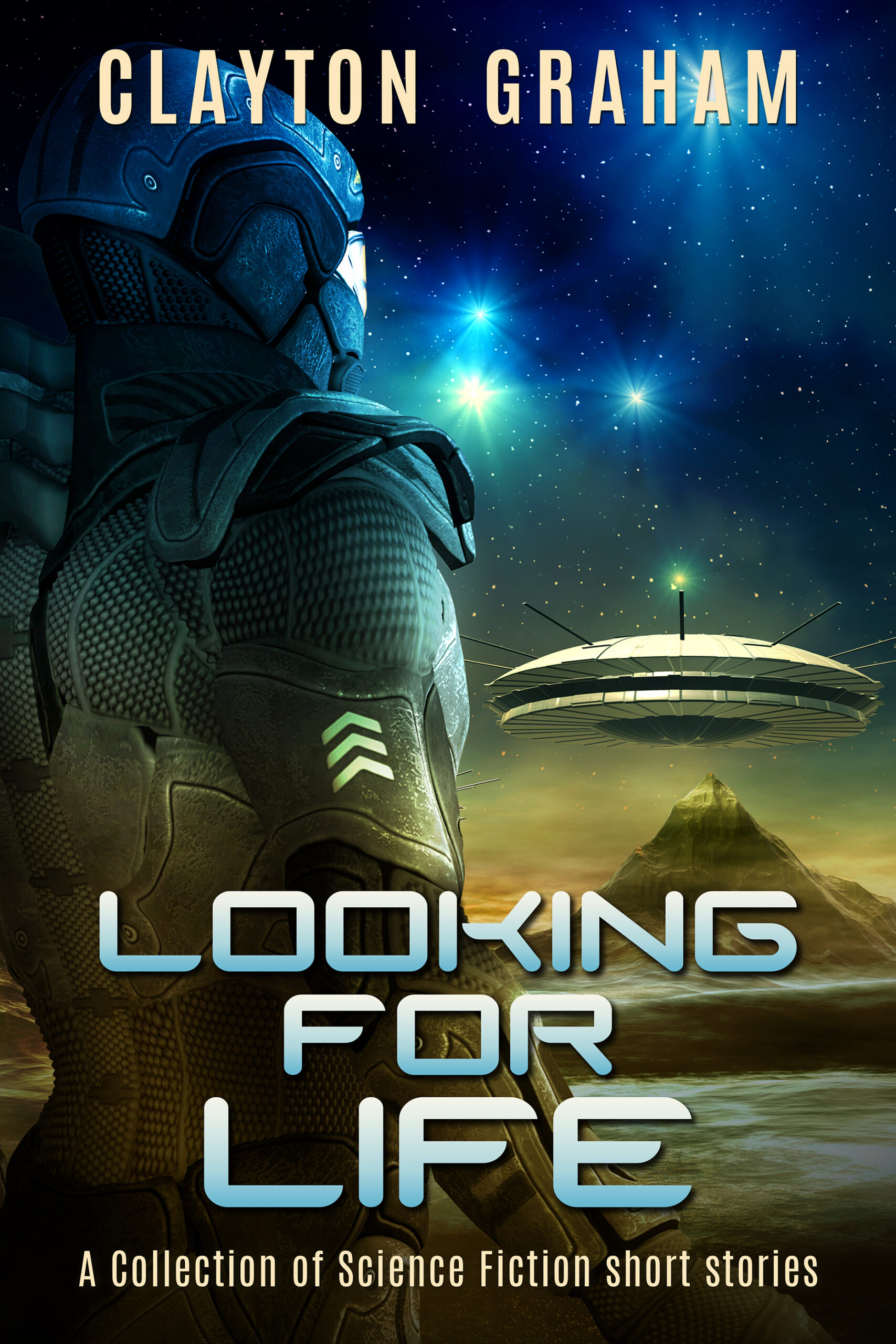 Strap in, turn down the lights, and enter worlds that will stretch your imagination to the full…

From a stranded alien comedian to the darkest depths of the human psyche; from a mind-blowing galactic adventure to clandestine extraterrestrial behaviour on Earth. They’re all here in this spell-binding collection of short stories to keep you guessing at every turn.With tales of alien invasion, deep space mystery, time travel, and dystopian future Earths, this is a collection which takes inspiration from the much respected ‘old masters’ of Science Fiction. Here be new realms to explore—can you cross the void and challenge your dreams? Explore Looking for Life and escape to strange and wonderful new worlds. 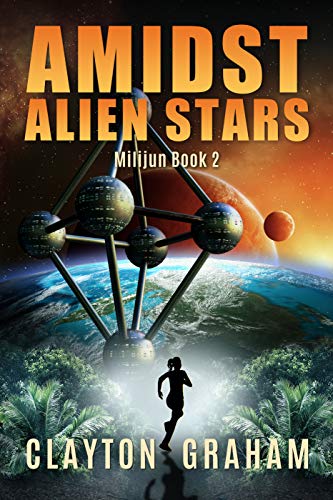 Mysterious and chilling events on an alien world threaten the interstellar survival of the human race…
They have awoken surrounded by alien stars. Following their abduction from Earth, Laura Sinclair and son, Jason, lead a group of desperate humans in a bid to forge their own future and that of their home planet. To succeed, they must solve the puzzle of extraterrestrial races in the throes of a perplexing and historic conflict. But they are in a strange, new universe; on a bizarre and dangerous planet. Who can they really trust as they struggle to understand the challenging and hostile environment that holds them in a grip of iron? And what do the aliens really plan for them and their hybrid children? The exciting sequel to highly rated science fiction novel Milijun: Enter a world like no other as the truth will out in a realm as far away from home as it ever gets. 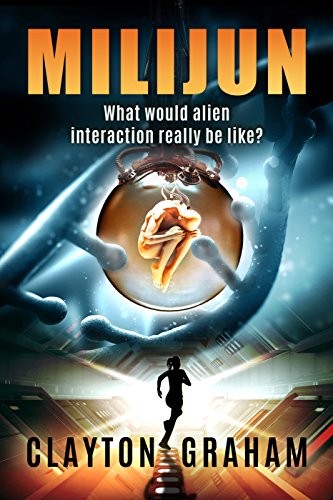 A tangled web of alien intrigue descends upon an unsuspecting Earth…
When aliens seize Laura’s son, Jason, she will move heaven and earth to get him back. As she becomes entrenched in a game of cat and mouse with both the aliens and Earth authorities, she learns the deadly secrets behind the extraterrestrial incursion. Challenged to breaking point, she battles for the survival of Jason and several others who are unwittingly being used as pawns in a cosmic game of survival. But then she realizes that the aliens have dramatic and terrifying plans for her, too. Should she accept the vision of a new Earth, or fight to the end for a return to normality? Milijun is the First in Series of an action-packed sci-fi alien invasion story. If you like tales of first contact, secret military operations, and the people caught in the middle, then you’ll love Clayton Graham’s fast-paced sci-fi thrill ride. 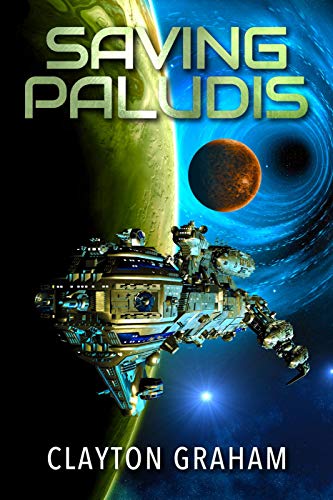 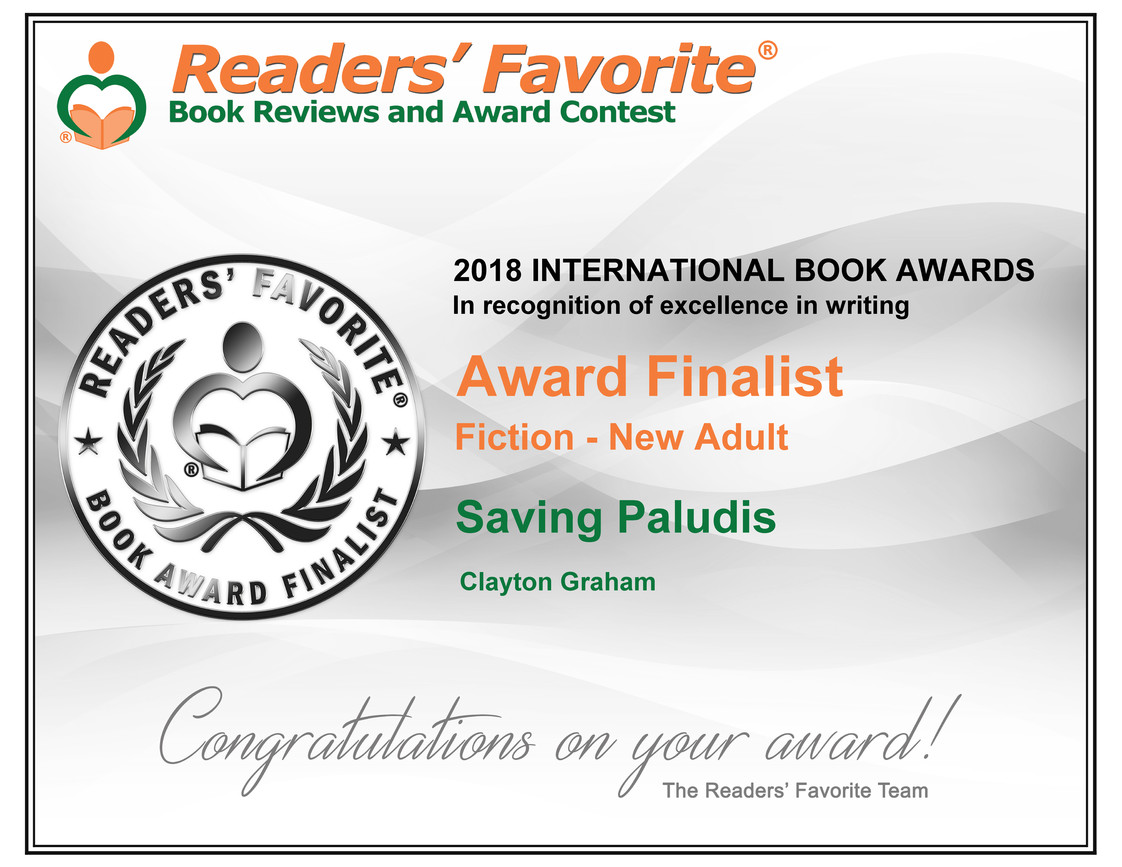 At the very edge of mankind’s cosmic reach, a small planet threatens Earth with extinction…

Stefan Lattanzis never expected his planet to become a battlefield, nor Earth for that matter. But when scientists from Paludis share a technological breakthrough with the mother planet, peace swiftly turns into deadly conflict. The downtrodden alien population, mistreated for centuries, seize their chance, and a desperate human cult has a sinister agenda of its own.
To save his precious home world, Stefan must team with two strangers, a botanist and a mysterious seer. They must trust in each other to prevent the newly-emerged forces from destroying Paludis, and forging a dystopia from which they could never return. But how will they defeat the might of Earth?
Saving Paludis is an electrifying sci-fi thrill-ride. If you like futuristic technology, alien political intrigue, and high-octane, paranormal action, then you’ll love this incredible interstellar adventure! 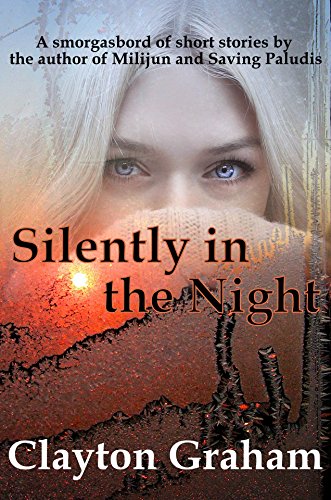 Mystery, murder and mayhem – plus a moment of romance… Sympathize with a doomed husband and connect with an altruistic robot. Explore an isolated Scottish isle and touch down on a far-flung asteroid. From the light-hearted to the darkest depths of the human psyche. They’re all there in this smorgasbord of short stories to keep you guessing at every turn. From the author of Milijun and Saving Paludis. Buy ‘Silently in the Night’ and discover new worlds today!