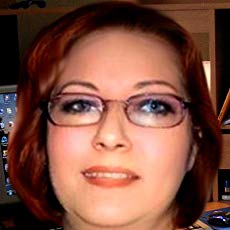 Erika became an avid reader at a very early age, thanks to her dad who introduced her to many great books. Erika writes urban fantasy, alternate history, epic fantasy novels as well as fun, educational and bilingual books for children ages 2-14 about acceptance, friendship, family, and moral values such as accepting people with disabilities, dealing with bullies, and not judging others before getting to know them. 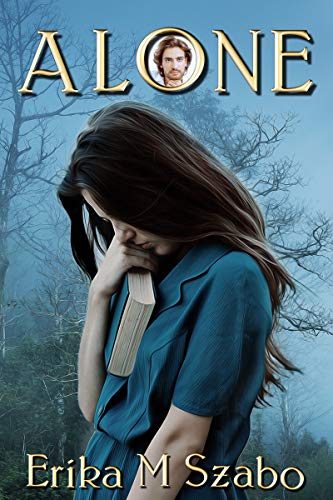 A thought-provoking, futuristic, romantic short story.
Will people feel the emotions of loss in the future as deeply as we do today?
How far will they be willing to go in finding the happiness they lost?
Caleb lost his Valerie. Will he find her? 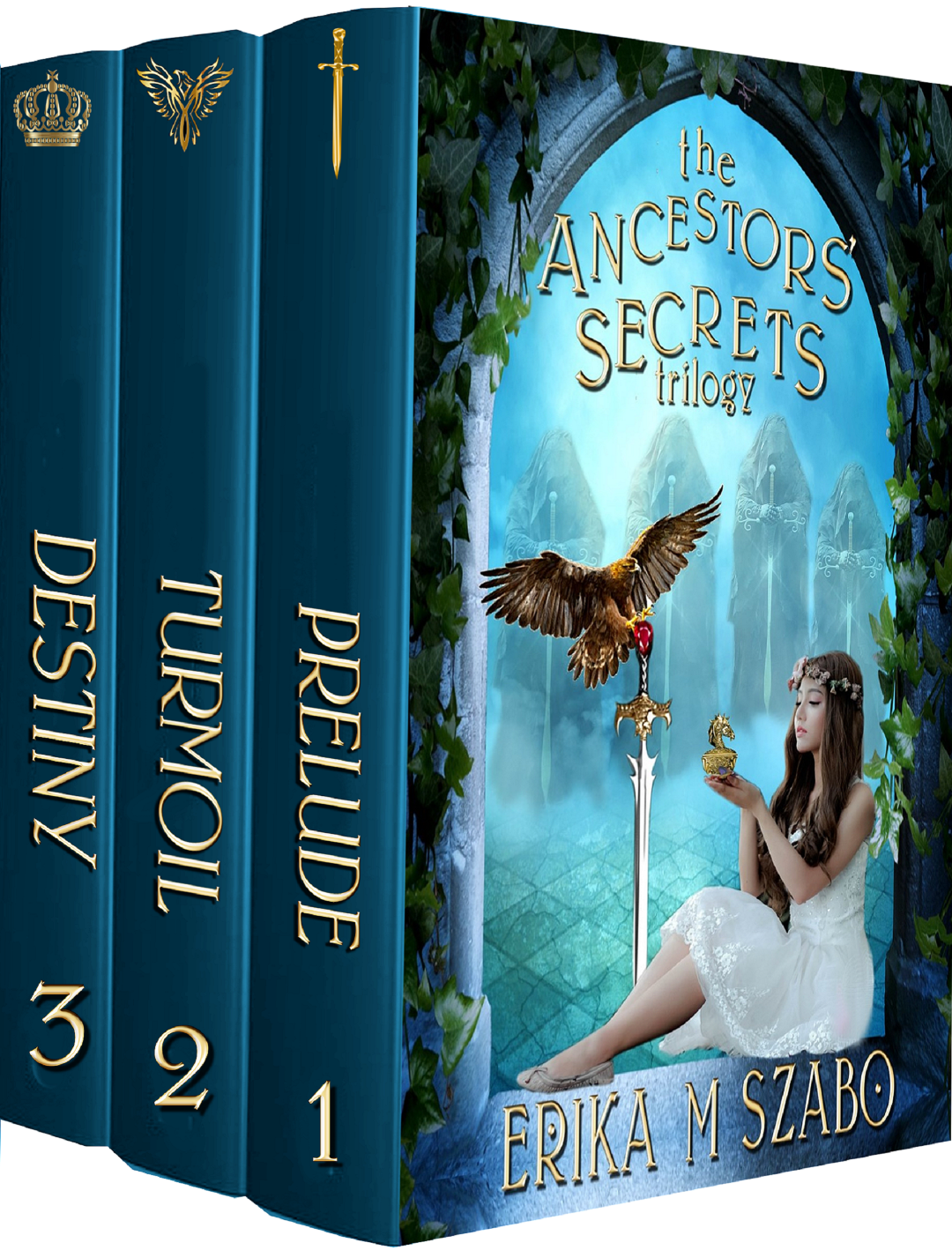 Books 1 -3:  PRELUDE – TURMOIL – DESTINY
When a young doctor, Ilona, starts to develop unusual powers, her life and her beliefs change. Thrown into a world of clan mysteries, traditions and secrets, she begins remembering her mother’s instructions concealed as rhymes.
Punished by the ancestors long ago, Mora has waited centuries for the chance to reunite with her beloved Joland. Now, she seeks to gain the power to rule the ancient clan with a strict hierarchy and deadly laws that still exist hidden among us.
Ilona has been chosen by the ancestors to stop Mora and save the future of the clan.
In her quest to protect her family and the future of our clan, Ilona must activate her Chameleon ability and obtain unimaginable powers. She can use her powers for absolute good or absolute evil; the choice is up to her.
She has been in love with her best friend but is also drawn to the stranger who appears in a peculiar dream. She must sort through her feelings about the men in her life while she travels through time from present day to back when her people were nomads, to the castles of the 14th century, as she struggles to overcome the obstacles placed in her path. 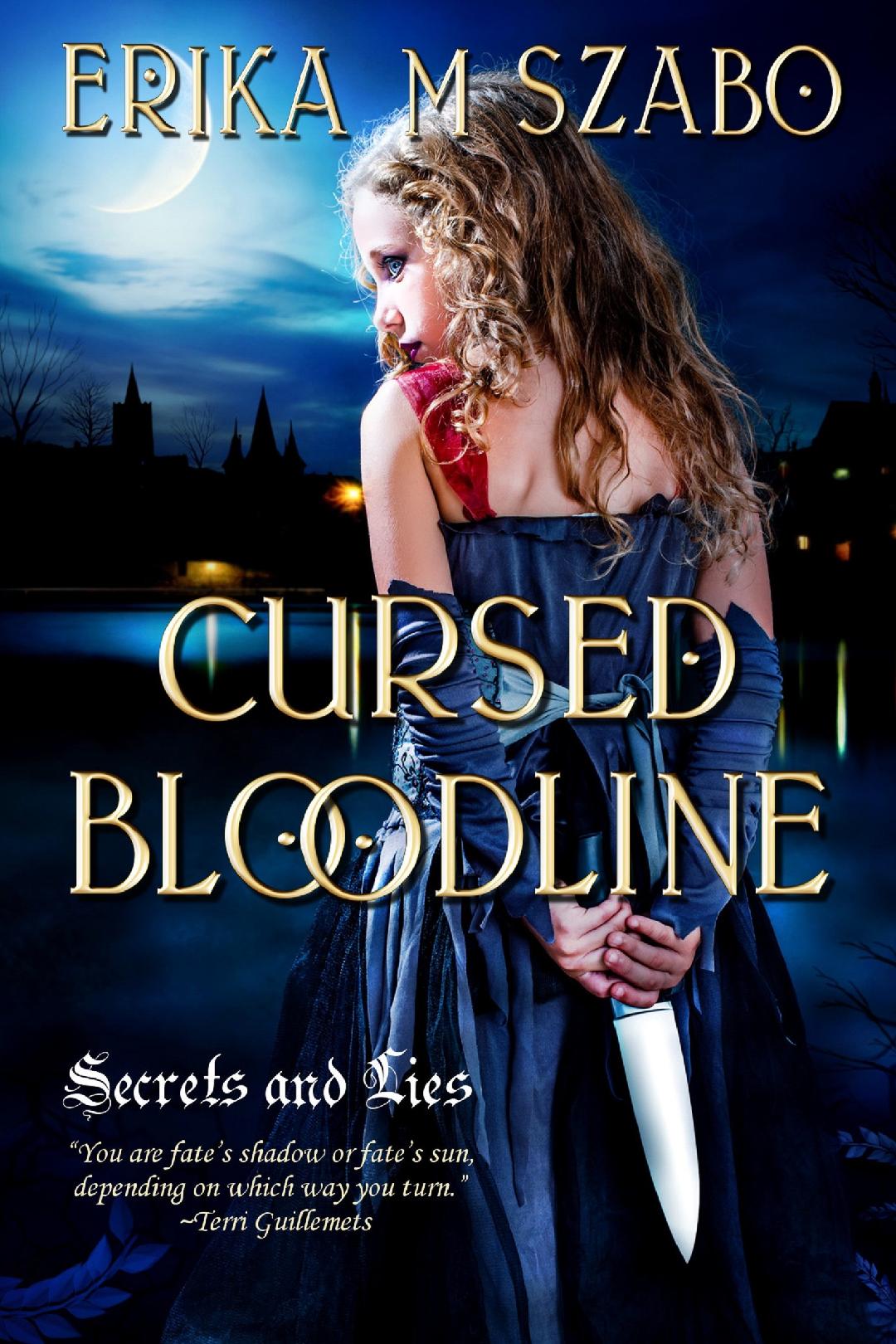 Is it possible that an ancient curse cast by a powerful witch sixteen-hundred years ago could destroy families in every generation for centuries?
Dark family secrets separated Sofia and Daniel when they were children, but fate brought them together years later. Jayden, Sofia’s brother, finds a leather book in his grandmother’s secret room that was written in 426 by a shaman. Reading the ancient runes, they learn about their family’s curse. If it remains unbroken, the curse will bring tragedy and ruin their lives as it destroyed many of their ancestors’ lives. Could they find the way to break the ancient curse?
A glimpse into the lives of teenagers in present and past. How mental illness and the rejection of people who love differently effects families and peoples’ lives.
Suitable for young adults. 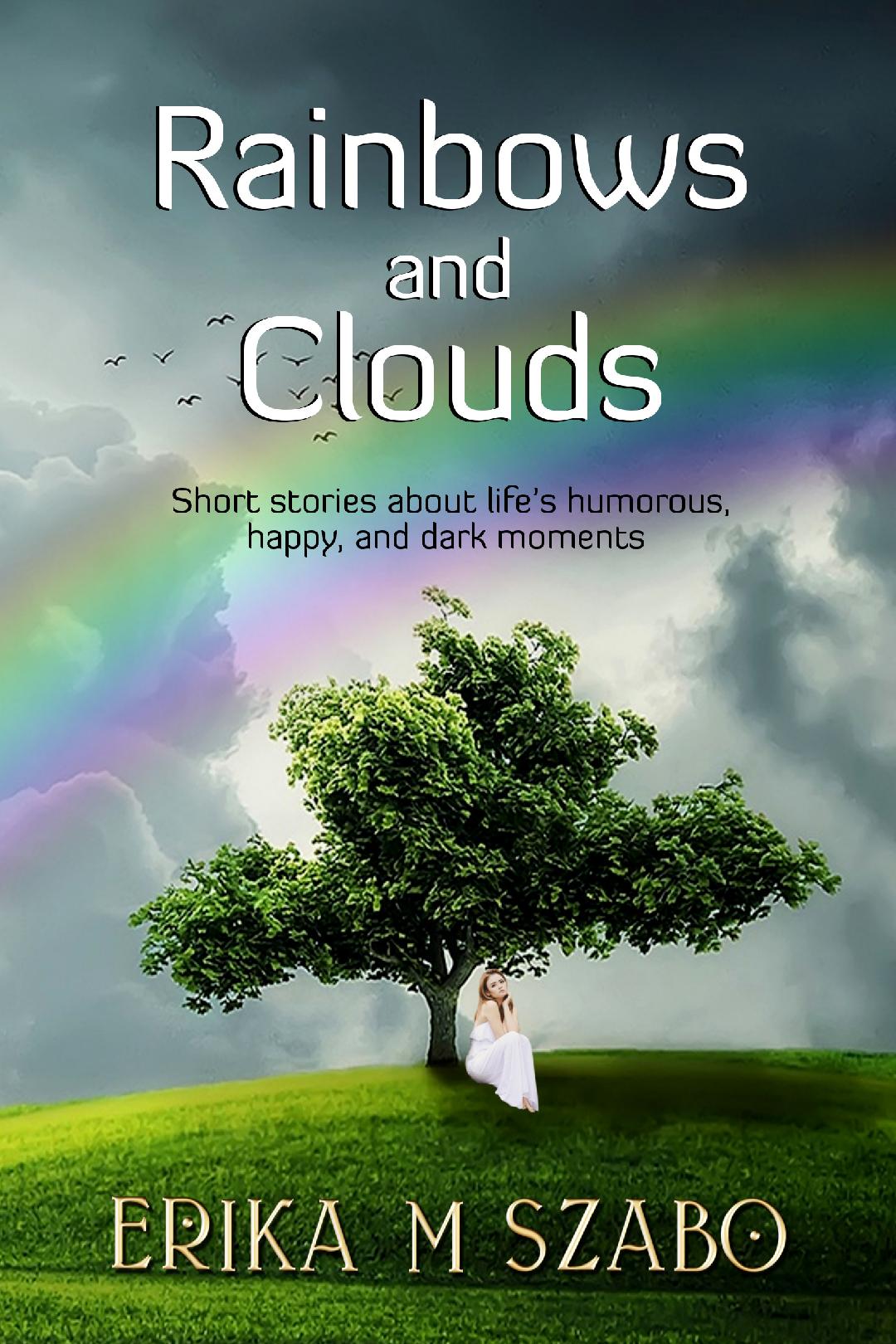 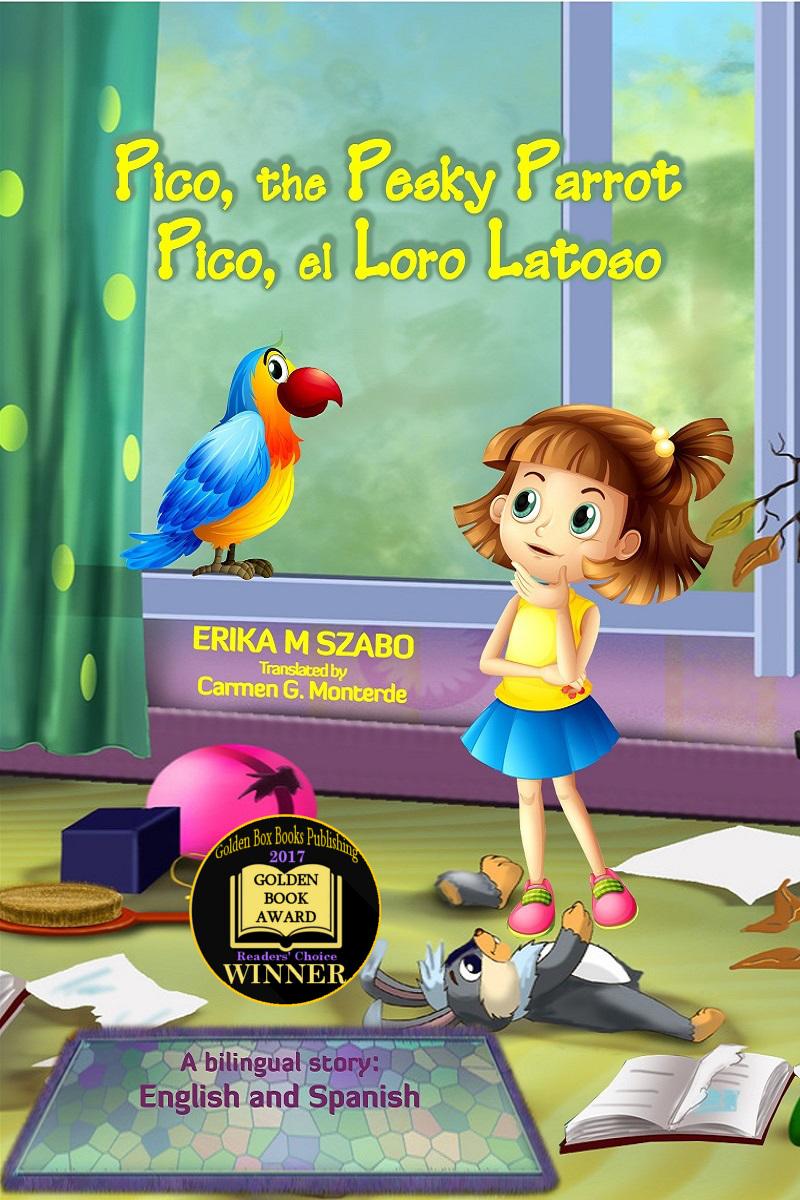 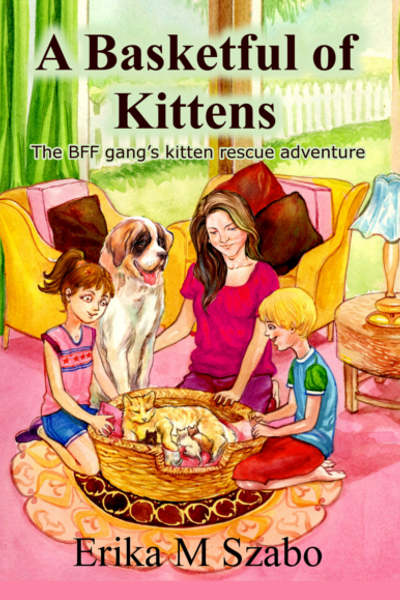 Bianca and her best friend, Daniel, grew up together under the watchful eyes of Peanut, Bianca’s St. Bernard. The huge dog was their babysitter, playmate, and bodyguard. They were inseparable, so people started calling them the BFF Gang. When summer vacation came, Bianca and Daniel decided to go swimming in the river when they were confronted by Mark and his cronies of the Wolf Pack Gang. Find out how Peanut told Mark, in his own doggy language, how much he dislikes brute bullies.
When Bianca and Daniel finally got to the river and were happily splashing in the cool water, they heard Peanut’s angry bark, and they saw an old woman approaching the riverbank with a basket in her hand. When the woman reached the edge of the river, she took a tiny, meowing kitten out of her basket and threw it into the river as far from shore as she could. The kitten flailed in the air, desperately crying, and then splashed into the water.
Find out what happened to the kitten and how the BFFs dealt with Mark’s gang, in this first adventure of the BFF Adventures series. 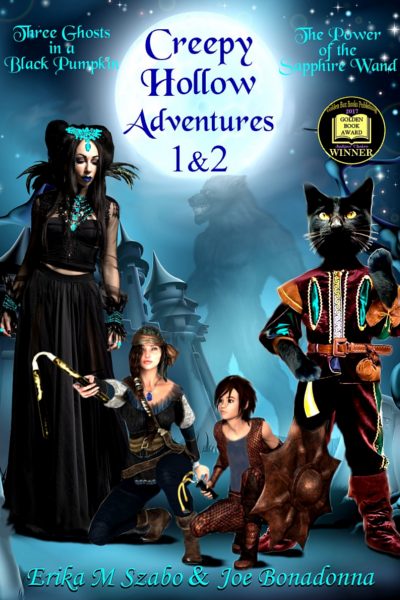 Golden Book Award Winner, spooky and funny heroic fantasy adventure for middle-grade children and young adults. Nikki and her impish cousin, Jack, find a mysterious black pumpkin in the forest on Halloween. A wise talking skeleton, Wishbone, tells them that the ghosts of the Trinity of Wishmothers are trapped inside. The children offer their help, so the skeleton takes them on a journey to the realm of Creepy Hollow to retrieve the three wands he hid long ago in Red Crow Forest, the Tower of Shadows, and the Cave of Spooks. On her 13th birthday, Nikki discovers she has magical powers. Nikki and Jack return to Creepy Hollow. They conquer their fears and gain courage, and in the final battle against Evila and her minions they grow into the warriors they were destined to become. 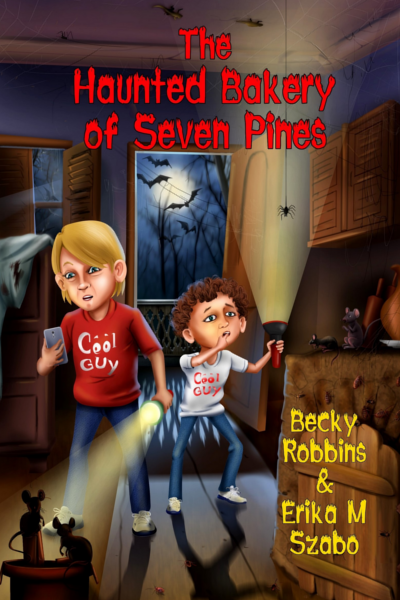 According to the hundred-year-old legend, children disappeared in Seven Pines every year to never be found again. People suspected that the old bakery in the woods was under the spell of evil forces and warned their children not to go near the old building. Best friends Albert and Timmy were mean bullies and nobody liked them. One day a group of children that were fed up with the daily torture of name calling and pushing and shoving, dared them to go into the old building at night to see if it’s really haunted. Albert accepted the dare and although Timmy had his doubts, he went along with his best friend. What will they find in the old bakery? Is the legend true and they will disappear forever as many children did who had entered the building? For teachers and parents, a literary enrichment kit is available for this book, created by Lorraine Carey, author and Literacy Specialist. The kit includes: List of comprehension questions from the story (story comprehension) Character analysis for Timmy, Albert or Donny (compare and contrast) Vocabulary word study and concept words (vocabulary) Write a letter to the witch (letter writing) Do some research on Virginia and Seven Pines area (Geography target) Make a poster to announce the opening of the new bakery (art) Students write a script for reader’s theatre (active participation) Request the literary enrichment kit via email: goldenboxbooks@gmail.com 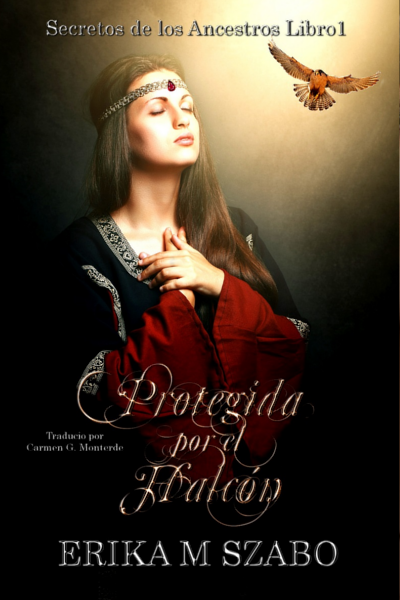 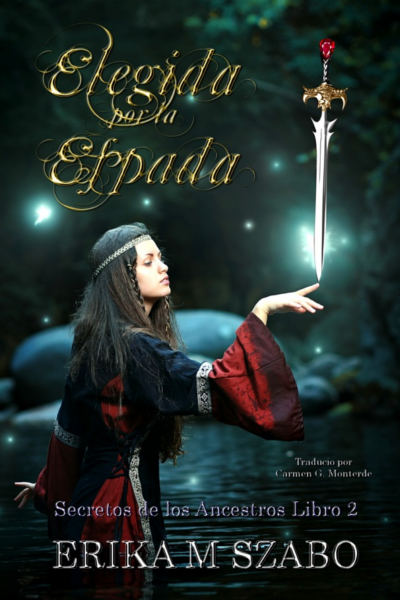 LOOK, I CAN TALK WITH MY FINGERS
Genre: Children’s Storybook
Ages 4 – 12 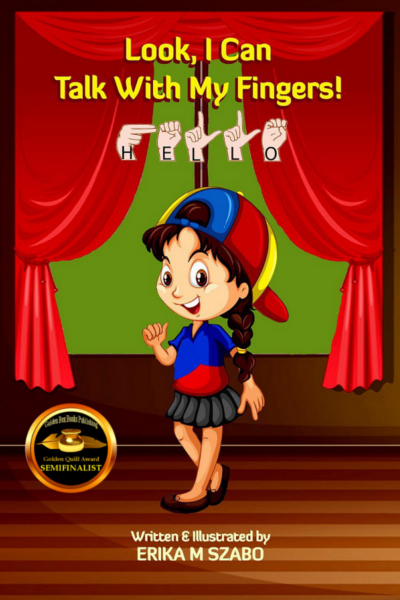 A little girl teaches her family and her friends how to relate to someone who is hearing impaired. This fun picture book carries an important message to children, how to learn not to judge or make fun of anyone just because they’re different. The life of any disabled person is no fun and living with a disability has many challenges, but we can help to make their life easier and not harder.
When Grandma Rosa lost her hearing, Sandra’s parents became frustrated and sad. They didn’t know what to do and how to learn to communicate better with her. They tried shouting, changing the tone of their voices or leaning closer to her ear when they talked, to no avail. Rosa could hear some sounds clearly, but certain sounds she couldn’t hear well. It became an everyday struggle for them, and they missed the comforting family conversations at dinner time.
“Look, Grandma,” Sandra said to her grandmother one day. “I can show you the letters with my fingers when you can’t hear what I say.”
“What do you mean showing it with your fingers?” Grandma Rosa asked.
“I found a website for hearing impaired people, and it explains how they can talk to each other without words. There is a sign for every letter and number that they can make with their hands. We can learn the signs together,” Sandra smiled happily.
“Oh, I think that’s a wonderful idea, Sandra,” Grandma’s eyes sparkled with excitement. “But it looks a little difficult. Do you think I could learn the signs?”
“Of course, you can, Grandma, we can learn them together.
And they did. They proved that with compassion, love, and hard work, they can overcome the obstacles of disability together 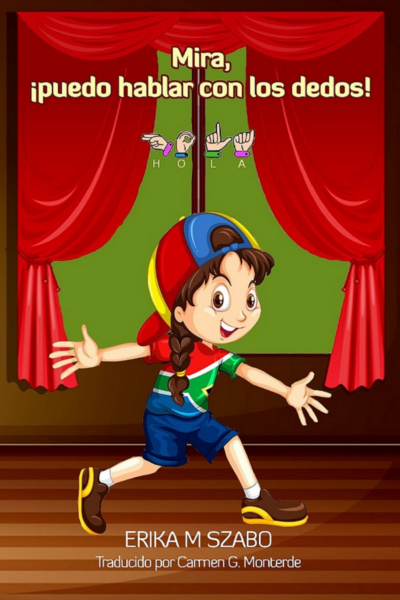 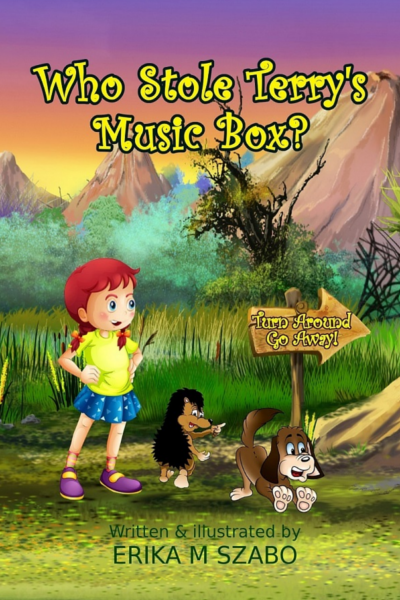 Terry is sad because she can’t find her precious music box that was a gift from her Grandmother. With the help of her dog, Pansy, and the wise hedgehog, Oliver, they cross the portal to the magical world and Pansy leads them to Wolfgang’s cave. Terry finds out why she has the ability to talk to animals and why the good witch enchanted her music box so long ago. 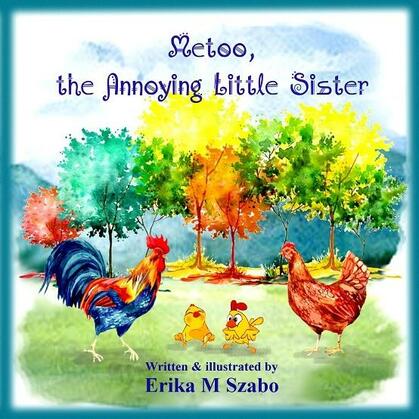 Penny always wants to do what her big brother does. She imitates his every move and constantly tweets, “Me, too.” Spike is angry at his sister and threatens to name her Metoo, but when the two young chickens face danger, Spike realizes how important family is and happy to have a sometimes annoying, but loving and brave little sister. 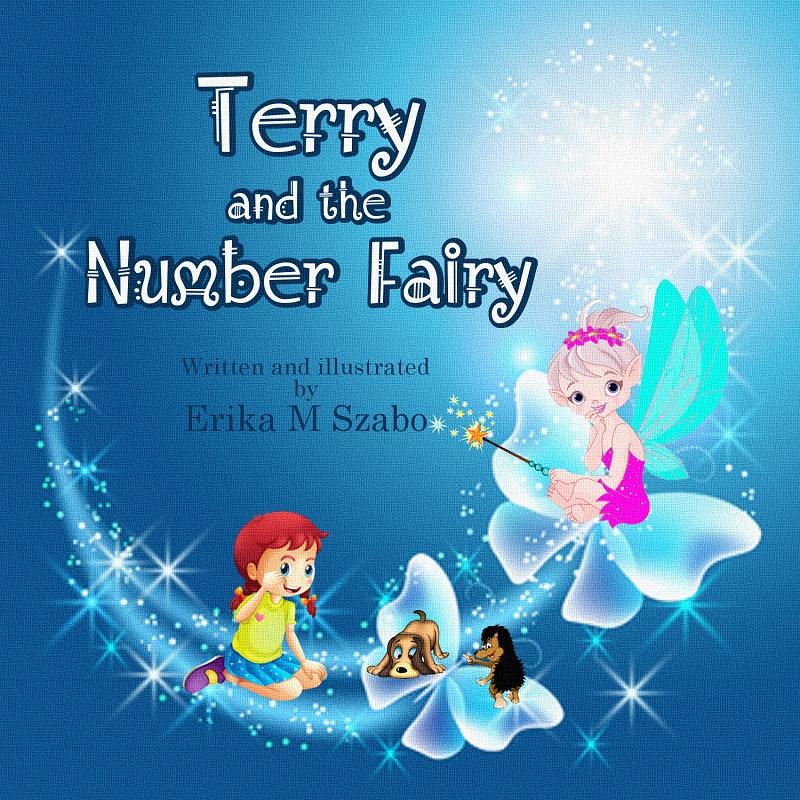 Terry is struggling to learn numbers. Pansy, Terry’s dog, and Pansy’s best friend, Oliver, the hedgehog, want to help but they don’t know how. When Terry wakes up in the morning, she tells her mother that the fairy showed her the numbers in her dream. Her mother doesn’t believe her, but her grandmother says with a playful smile on her face, “Maybe there is a Number Fairy, sweet pea… Maybe there is.”
From the proceeds the author donates paperback books to non-profit book charities for children.