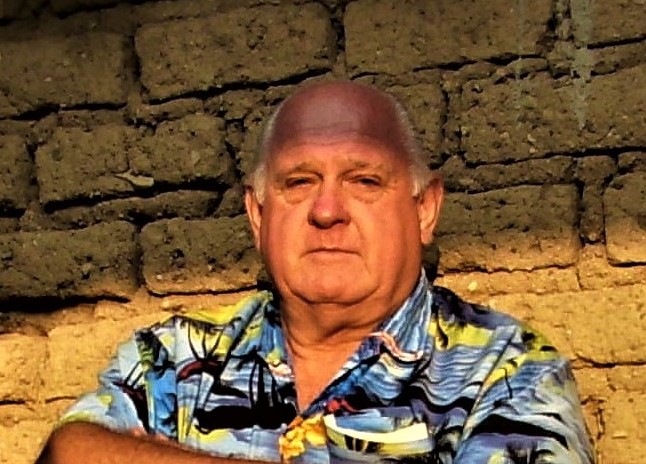 GEORGE DISMUKES spent the first half of his life in pursuit of adventure. This ranged from bullfighting as a youth to milking poisonous snakes professionally at Ross Allen’s Reptile Institute in Silver Springs, Florida. The early 60s found him chasing wild animals across the Serengeti in the movie business and operating an animal export company in Iquitos, Peru. He spent many years exploring archaeological sites of the ancient Maya Indians in Central America and studying their lost civilization. He also lived in Honduras, where the story, TWO FACES OF THE JAGUAR and the sequel, RETURN TO THE LOST CITY OF THE MONKEY GOD takes place. This story has now become a trilogy, with THE JAGUAR’S QUEST being penned at this writing. In 1980, he began a video production company in Houston, Texas and worked as a ’triple threat’ (writer/director/producer) creating some of the Houston market’s most creative television commercials. He won a CLEO award for his production of a series of television PSAs concerning prevention of child abuse, funded through a grant from the University of Houston. Currently, he lives on the Texas Coast with his soul mate and closest friend, Nadine, where he writes and works for THE SALTWATER ANGLER MAGAZINE as the Houston Regional Sales Manager. His hobbies include growing exotic chili peppers and experimenting with salsa recipes. Above all, George is a devout animal lover and animal advocate, and has two dogs, named Pulga and Gizmo, respectively.

Many secrets are hidden within the darkness of the jungle. Behold this one about a man, a woman, a black jaguar, and an ancient Mayan legend. When Andrea Granger was assigned to go to Honduras, ‘get inside and gather evidence’ against the DEA’s main suspect, she was determined to accomplish her mission with the same efficiency as in her previous assignments. But that was before she met her culprit, Brandon Shaw.He melted her heart and her resolve, and so did Naja, Brandon’s 300 pound black jaguar and closest companion. She quickly discovered there was much more to Brandon Shaw than met the eye, and just as quickly, she found her mission in jeopardy. Instead of arresting him, she became determined to rescue the flawed man of the jungle. But could she successfully extricate him from the web he had tangled himself in? As if that weren’t enough, she found that Brandon Shaw was somehow connected to a thousand year old Mayan legend which threatened to destroy everything. Unprepared, she found herself having to deal with an ancient spirit determined to kill her.