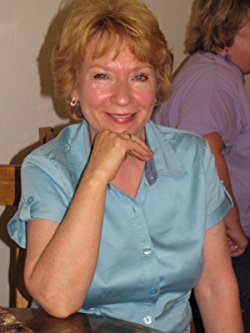 Laurean Brooks creates unforgettable speak-their-minds characters. Her alpha heroes exhibit a large dose of charm mingled with mischief, which more often than not ignites their ladies’ tempers. Ms. Brooks’ savvy heroines proclaim their independence with a “Who needs a man?” attitude, but soon find themselves in ridiculous scrapes of their own makings. Scrapes that will take the aid of their heroes to redeem them.
This author has a gift for incorporating laugh-out-loud humor into her stories. Stories which address serious life issues. Issues like repercussions from past abuse, rejection, loss of a mate, or a shocking secret revealed.
Laurean Brooks takes her readers from joy to tears to laughter, and everything in between, while they follow an obstacle course to forgiveness and emotional healing.
When you climb off the roller coaster you may find yourself saying, “That was exhilarating! I’m climbing on again.” 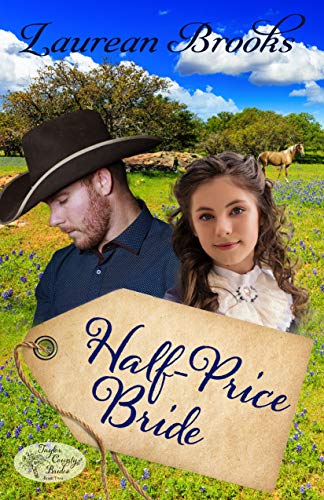 To escape a contentious relationship, Emily Hammons answers a mail-order bride ad from a dentist in Abilene. Arriving a day late, she is shocked to find him exchanging vows with another woman. Handsome rancher, Clint McCall came to town to fetch the doctor, but Doc is attending a wedding. As he waits outside the church, the bride tears out, slamming a pretty brunette into him. Clint tries to steady her, but loses his balance, becoming a cushion for her fall. With an injured foot and an empty purse, Emily accepts Clint’s offer to care for his ailing mother. Clint has arguments to back his opinion of mail-order brides. His mother suffered years of abuse at the hand of an angry man when she answered an ad. With no relatives in Abilene, why did Emily travel more than 600 miles from Memphis? Clint feels she is hiding something. The dentist in on the hunt for his “other” bride. Will he find Emily? Will Clint’s love be strong enough to endure Emily’s secret, or will it destroy them? 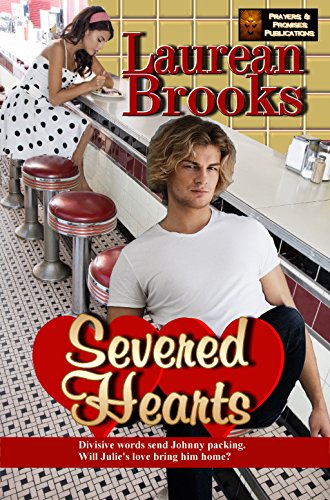 Julie Blanton’s dream is realized when shy Johnny Michaels all but professes his undying love. But, when he enlists two days later without so much as a goodbye, her world crashes. Johnny has loved Julie since high school Civics class. But before he can muster the courage to ask for a real date, he overhears words that cut to the core. Humiliation drives him to make a rash decision. Will it cost him Julie’s love? 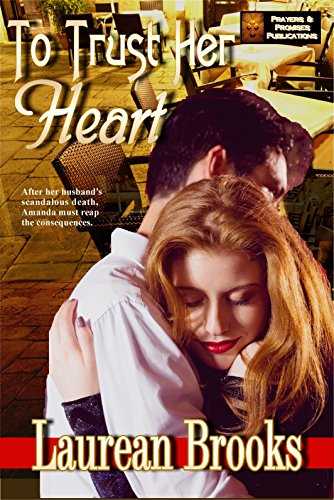 The scandal surrounding her husband’s death and the debt he leaves behind forces Amanda Wilkes to seek employment. The experience strengthens her resolve to remain single. Then one touch from Jake Tyler, her new boss, leaves Amanda weak in the knees. Dare she trust her heart again? Jake Tyler plans to remain unmarried and raise his seven-year-old-son after his wife’s death. But his resolve teeters at one flash of Amanda’s eyes. What lies behind his secretary’s cool facade and why does she weep over sad love songs? Can Jake handle what he uncovers? To complicate matters, an enemy crouches in Tyler Law Firm. What lies behind the plot to rid the law firm of the new secretary? Originally published as A Decision of Trust. 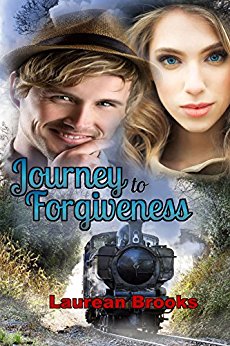 It’s 1938 and times are hard. The Great Depression strikes the South, forcing many residents to sell their farms. When boll weevils infest her family’s cotton crop, Jenny Largent must move to Chicago to find work to support her family. At the Kankakee depot along the way, Jenny confronts a tall handsome stranger after he runs off with vanity case. She retrieves her case, but this same man surprises her when he takes the pulpit in her aunt’s church to coerce the congregation to give to his “worthy cause.” Tornadoes struck a small Illinois town, leaving it in ruins. Austin Brady pleads for money from the church to rebuild South Pekin. When he asks for volunteers to join a 12-day mission trip to the stricken area, Jenny signs up, but only to expose Austin. When she has proof, the world will know the truth. When Austin lifts a large roll of money from the mission strongbox, Jenny has the evidence. So why doesn’t she report him? Has this charming man with the periwinkle eyes mesmerized her? At the sight of him, her heart races. Is Jenny hopelessly in love with a thief?. But he’s an embezzler! She will not compromise her convictions by joining herself to a man who lacks any. Or…will she? Jenny’s abusive father left her with emotional scars before he deserted the family fours years ago. She’s vowed never to marry. Until she falls for Austin. Will Jenny obey God’s nudging to reconcile with her estranged father? Will she ask Austin the tough questions that will ultimately make or break their relationship? 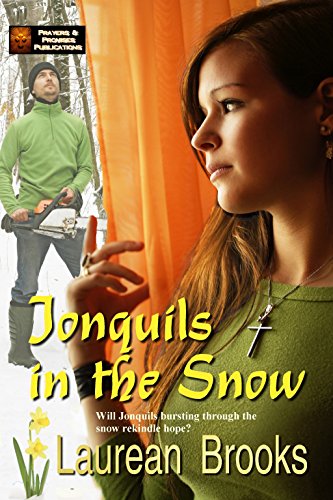 Miranda Stevens’ fiancé skipped town two days before the wedding. Two years later, she is ready to move on.
Brady Watson’s anger toward the drunken driver responsible for his wife’s death three years ago has turned into grief.
Will Miranda help Brady find the strength to relinquish the past and embrace a new beginning? Could the answer be found in something as simple as a cluster of jonquils blooming in the snow?

“A beautiful, heartwarming story of grief and loneliness being overcome by love; Miranda and Brady touched my heart and the author’s wit made me smile. Definitely a thumbs up read.” ~ Rebecca J. Vickery

“Laurean Brooks has written a delightful Christian romance novella. Not only does it relate what can happen when we allow ourselves to listen to God, but also how people can start over with the right person.” ~ GG, Avid Reader

“I loved the story that has heartache, the pain of love, loss, and new beginnings. … Disclosure: I received a copy of this book in exchange for an honest review. All thoughts, opinions and ratings are my own.” ~ Redrabbit 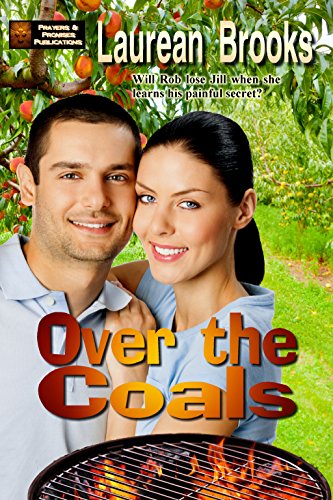 At first glance, Jill Landers pegs the gregarious man at the grill as an egotistical ladies’ man. A closer look reveals something else. Why does Rob Canter’s personality shift between two polar opposites? Jill determines to find out. Rob Canter is hiding something. The boisterous, fun-loving Rob is a cover-up. But clowning around comes easier than facing reality. Why can’t he have a bright future with the woman he loves? But Jill must never know. Will Jill’s attempt to dig beneath the surface expose the gentle man who stole her heart? Or will Rob continue to run from his past and relinquish his chance for happiness with Jill?

NOT WHAT HE ORDERED
Genre: Historical Fiction 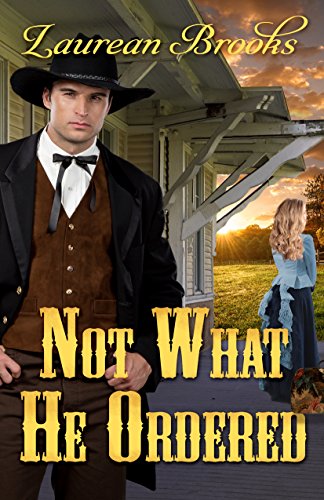 When Carrie Franklin struggles with a drunk, leaving him unconscious, or perhaps dead, she flees. Forgetting the promise to her deceased mother she deserts her feckless brother and takes the train to Abilene, Texas. Carrie shares a seat with Molly, who confides she’s a Mail Order Bride enroute to meet her fiancé. Molly’s friend was set to join her in this adventure. Bus suspicion made Katy Davis back out of her betrothal. Because Carrie will disembark in Abilene, Molly asks her to explain Katy’s absence to the waiting ranch owner, Josh Kramer. Due to miscommunication, interruptions, and an empty purse, Carrie, seated beside Josh, heads to the ranch under his assumption she is Katy Davis. When Josh’s aunt pulls Carrie aside to reveal a secret Carrie finds herself in a quagmire. Aunt Em will also suffer if Carrie reveals her true identity. Josh is leery of Katy Davis, never suspecting his aunt’s deception. Is Katy out to get the ranch? His attraction toward her grows, but he was once burned by a woman and swore, “Never again.” Her secret threatens to destroy any love Josh has for her. Did she kill the drunk? Is the law looking for her? Will God’s forgiveness help Carrie and Josh find true love and happiness?