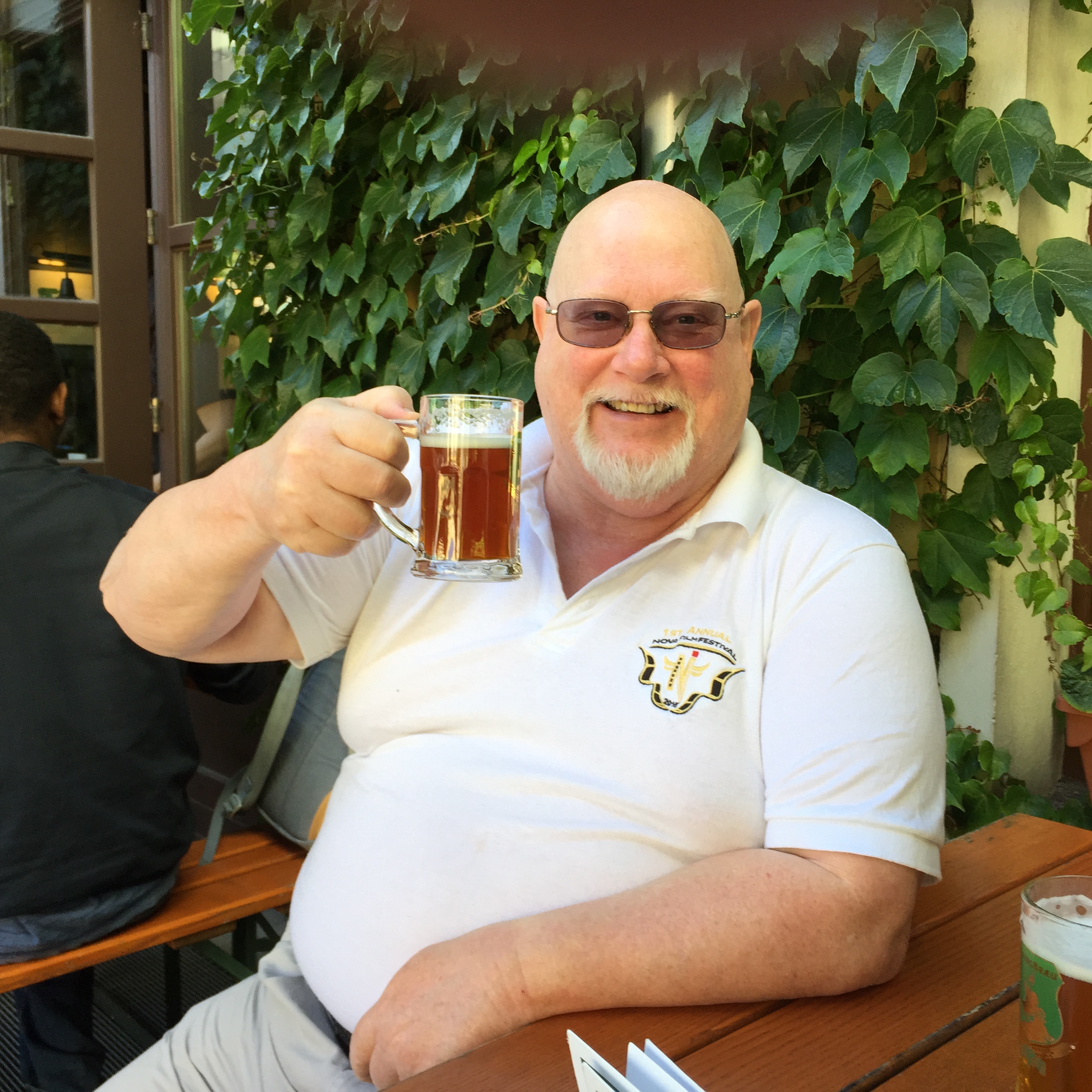 I have re-released (after significant editing) the first two books and a new book (Evolutions) in the series of Sci-Fi Intrigue books along with a growing list of short stories dealing with an exciting multiverse predicted by String Theory (www.WatcherInTheFall.com). All books have been released through Amazon. The softcover versions have also been made available through “Prime”. Make sure you are only buying the latest version (October/November 2014). My latest release “Da Vinci Connections” is a Historical Fiction of Action/Adventure. Taking place in the late 1490s to early 1500s, Leonardo da Vinci is head of the Freemasons. With on-going attacks on the society by the church due to their belief and protection of the blood line of Christ, a second line of attack arises as the Sicilian Mafia picks up information pointing to the Templar Treasure. Visit my Blog on my website www.Watcherinthefall.com Trained in nuclear physics, I continue to spend my life working in military systems and computers while maintaining my interest in oceanography, nuclear and particle physics along with Cosmology as a hobby. Over my life I continue to enjoy reading Sci-Fi along with dreaming and discussing concepts of Black Holes, Neutron stars, star factories, the edge of the visible universe or how many dimensions are really in our universe. This ongoing series of stories draws from the breadth of the intriguing ideas presented in a growing body of military and scientific ideas and concepts. From a story about first contact to colliding universes, destruction of galaxies, to back street spies, gun battles, ships dying in combat to transports jumping across the universe through dimensional shifts; stories take the reader on a ride resulting in reactions of some people to ask if it could actually be happening in their lives now. Having worked on studies from the depths of the oceans to scientific platforms in space, from major weapon systems to sophisticated communications concepts, from advanced supercomputers to highly developed signal processing algorithms implemented in micro computer code, my life has covered a unique spectrum of science and engineering. Along with my life knowledge, calling upon my years of field experience blended with the study of advanced physics I have been able pulled together an ongoing tale covering the spectrum of the wonders and dangers of the universe along with the human experience; a tale which will take the rest of my life to tell. From my years of traveling the world from Japan to Europe, from Singapore to working ships in the center of the Indian, Atlantic and Pacific Oceans, from a life in San Diego, CA to years of living and working in the Washington D.C. area. The story line is designed to take the user around the world and across a universe of planets and galaxies as the stories of aliens and humans alike evolve in unique ways. From artists to warriors, from an alien farmer to senior engineers; from deadly spies to a boy who definitely is not what he appears to be from the outside; races of aliens that destroy worlds to others that build worlds along with structures that encapsulates stars. I write these stories as an offer providing my readers a chance to imagine, to ask the questions of “What If” to think about who we are in this wondrous universe; question what they think they know as a fact; and to examine the subject of “Are we alone?”.
I hope you enjoy. 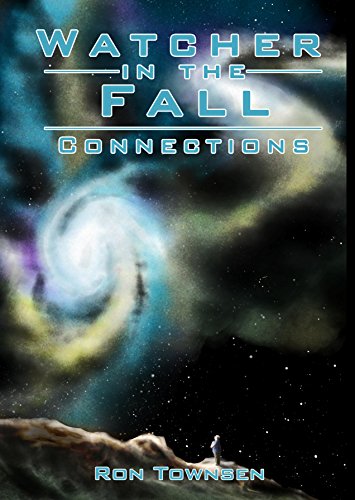 When an ancient race living on the edge of the universe energizes a unique pattern, an advanced super secret U.S. Defense team suddenly becomes the focal point of one of the greatest events in human history. Action erupts from the collision of two universes driving the ancient race to flee, scattering races deeper into our universe with the destruction of galaxies; while an intrigue based game of chess pits the U.S. with the Russians and Chinese in a deadly underground war to protect the greatest secret in human history. While the U.S. BELLOWS team is tapping into communications across the universe gathering the answers to long held questions; new technology is being derived from highly advanced M-Theory as the team attempts to protect the United States from deadly attacks ranging from Al Qaeda to the Russian Mafia and the Chinese Triad. This First book in a series covers our multiverse in a thrilling SciFi Spy adventure. 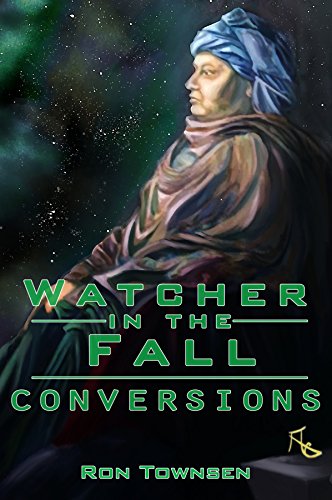 A complex game of spies and military conflicts evolves both on earth and across the universe. The roller coaster ride explodes across the world where the highly classified deep black DARPA BELLOWS team with its M+ theory derived tools deal with terrorists, Russian infiltrators and war. A variety of races escaping their destroyed galaxies begin dealing with civilizations across galaxies in an attempt to organize and start a massive migration to escape from the advancing force of the newly born universe collision pushing into our older universe. With the unique watcher communications network connecting rare “Watcher” life forms across our cosmos, advanced aliens discover the extraordinary abilities of a young planets population in the Milky Way galaxy including unexpected abilities that only the most powerful math provides hints of. The ancients moving across space battling with a killing machine intelligence attempting to annihilate life where ever it exists. 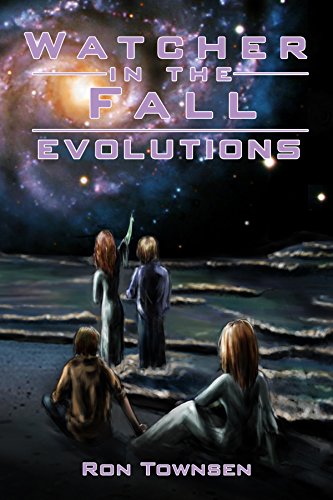 Action continues to flow from the edges of the universe to Earth as linkages between Earth’s Watchers to Watchers in Andromeda galaxy, brings risks and rewards, love and hatred, life and death and the birth of a star. The roller coaster ride on Earth drives a cat and mouse game between the Humanity First organization as they exploit nuclear threats of destruction and the highly classified DARPA BELLOWS team with its M+ theory derived tools attempting to protect lives. As the migration at the edge of the universe is organized in the distant galaxies to begin its drive deeper into the older universe, the new universe continues its destructive but unstoppable movement forward while a frantic search for missing ancients brings forth new questions and exposes new powers of a special Watcher. 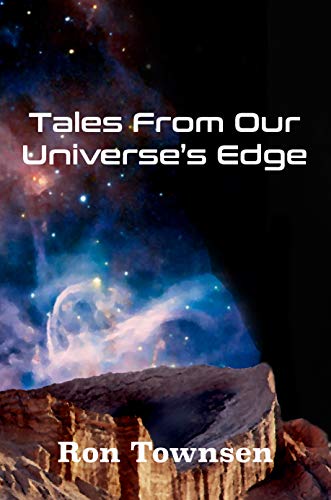 Tales from our Universe’s Edge presents three stories connected to the ongoing SciFi series “Watcher in the Fall”. Each story covers beings whom encountering challenges and survive against significant odds. Divergent civilizations tied together by the basic science of our Universe. Each finding a path for their few survivors driving them deeper into our universe as they escape a destruction beyond their ability to stop. Find the thread that connects them and gives hope to their shattered dreams. The Old Ones, a tale of lineage that crowns an ancient race and it wondrous discoveries. Warrior Gem, a warrior whose genetic unique makeup allows her to discover her place in the universe. Universe’s Edge, where two lovers plan for their future, to find that they must fight to survive to allow it to come true. 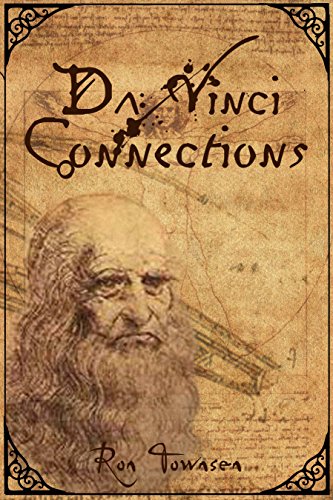 During the late 15th century, a secret war plagued the cities of Italy. The Sicilian Mafia had been born and was evolving; rumors of the famous Templar treasures scattered the countryside. In a time of turmoil, one of the greatest men of history arose: Leonardo da Vinci. Protecting Freemason secrets, he planned a defense against a dangerous double headed snake and created the most advanced military designs of an era. In this fast-paced historical fiction, the drama unfolds: Love, loyalty, death, and intrigue arise, bringing new life to long forgotten secrets of the past.