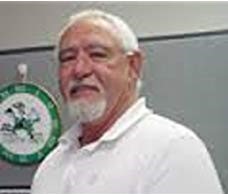 The Monk Murder Mystery Series centers on Father William Yeats Butler, a Franciscan Monk assigned to St. Benedict the Moor Catholic Church in the Capitol Hill area of Denver. An ex-Police Detective Butler, now a Police Chaplin for the Denver Police Department continues to be drawn into major Investigations. This is familiar territory for McKeever who spent over thirty years in the Criminal Justice System primarily as an Investigator. McKeever began his Law Enforcement career in 1966 as a Military Policeman serving in Viet Nam from December 1967 to December 1968 encompassing the 1968 Tet Offensive. Returning to Michigan he joined the Lansing Police Department and worked Patrol in mostly high crime areas. 1973 brought a move to the Lakewood Dept. of Public Safety, Lakewood Colorado. Patrol, Supervisor of a multi-jurisdictional Narcotics Unit, K-9 Handler, District Attorney Investigator continued to expand McKeever’s investigative experience.
From1995 until retiring in 2010 McKeever worked as a Criminal Defense Investigator for the Superior Court and then the Public Defender’s Office of Yavapai County Arizona. Since he knows the “Streets” from both sides it gives McKeever’s writing a realistic insight and realism not often found. A World and National record holding Power Lifter, McKeever founded the REC-N-CRU Power Team in 2010. As a Team, they set or broke over 200 World Records in two different Drug-Free Federations. However, it is as a Masterful Story Teller that McKeever excels. As a self-proclaimed “Thick headed Irish Catholic with a Zen Blend” McKeever’s faith and the Catholic Church are forces throughout Vol. 1 The Monk and Vol II “The Gumdrop House Affair”. “I’m just an average guy with tons of stories to be told from my experience and a long time “Observer” of Humanity at its best and worst. I don’t give any Institution including the Catholic Church a sugar coated free pass. I do however, speak for all those Men and Women who spend their lives living up to the Vows and Oaths they took. The good ones never get enough press, and the bad ones get more than they deserve.” 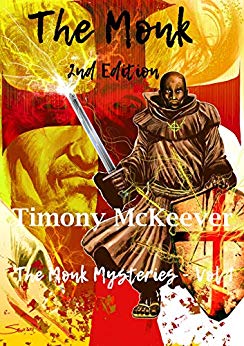 A Catholic Priest talking about Evil is not unusual. However, a Catholic Priest looking directly into the eyes of “Evil” who the Monk calls “The Ugly” is unusual even for the Capitol Hill area of Denver and St. Benedict the Moor’s Church. This is just one of the “Spiritual Tests” the Monk faces as he attempts to solve the murder of Julia Lopez with his ex-Partner Det. Sgt. Jack Laskey.
With political pressure applied by the Governor, the Archbishop of Denver and the Franciscan Provincial, The Monk becomes a “Special Consultant” and helps Laskey solve the “Murder of the Decade” and save Laskey’s. Laskey’s position was in jeopardy due to his inability to adjust to any Partner other than the Monk. During the course of the investigation the Monk faces the “Ugly” in many forms in the present and confrontations from the past. Those confrontations led the Monk to become a Priest and a “Spiritual Warrior” as well as a “Physical Warrior.”
Leaving the and security of “Our Lady of the Rockies” Orphanage run by his Order, the Monk must return to the streets of Denver and find the killers with Laskey. William Yeats Butler known as “The Monk” on Capitol Hill gave up a promising career in the NFL to become a Policeman. He had been an All-American at Notre Dame and was a local Hero and role model in Denver. Through 10 years with Laskey as his Partner, they worked Patrol, Narcotics and Homicide. They were the “Toughest Cops” on the streets of Denver.
In their quest they are assisted by Irish/Japanese Officer Mai Li McDuff. Some would say she got the worst of both cultures. “Peaches” the transvestite hooker. “Popcan Charly” a resident of Cheeseman Park. “Mickey” the restaurant owner with Mob connections and “Frank” the only “Irish English Bulldog” in Colorado. All this under the watchful eyes of Father Ian Timony and Father Augustus O’Shea. 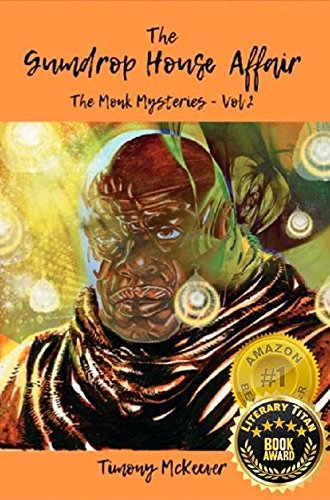 A Jewish Accountant chokes on a Polish Sausage in a City Park. A young Catholic Priest is found wearing only his collar with a dead “Gay Hooker” hanging from the Ceiling. The body of Mafia “Construction Baron” is found in the parking lot of the Diocese of Denver. It’s obvious how Denver Homicide Detectives, Sargent Jack Laskey and his partner Detective Mai Li McDuff would become involved with these events. But how does Father William Yeats Butler of the Franciscan Order become totally involved in every one of these events and more with his ex-Partner Jack Laskey. An African American standing 6’5″and weighing 315 pounds of muscle, Father William Butler was an imposing figure in the robes of a Franciscan Priest.  Father William was always known as “The Monk” because of his devout Catholic faith when he was an All American Linebacker at Notre Dame or a Narcotics and Homicide Detective for the ten years that he and Laskey were Partners. In the tenth year of his police career the Monk felt a calling to the Priesthood. He felt as a Police Officer he was only dealing with the spiritual symptoms of humanity’s illness not the real cause of the illness, the Devil’s influence on common man. The Monk had an acute and powerful awareness of the Devil’s presence. Not a “6th Sense”, but a powerful gift from God. The Devil, who the Monk calls “The Ugly” is now and always has been active on Capitol Hill. In The Gumdrop House Affair many of his deceptions and ploys are revealed as the Monk and his faith stand against the “Wickedness and the snares of the Devil.” Written by a Veteran Cop the pace is fast, violent, profane, humorous and honest. A tribute to the men and women who give all to stay true to their Vows and Oaths as they protect a cynical public and a decaying culture. You will fall in love with Father Augustus O’Shea, Aunt Rhoda, Popcan Charlie, Paisley Bob Lewis, Frank the English Bulldog and all the people who visit St. Benedict the Moor Catholic Church. The Gumdrop House Affair” deals with the recent Sex Scandals in the Catholic Church and the effects in an honest Blue Collar Layman’s fashion.