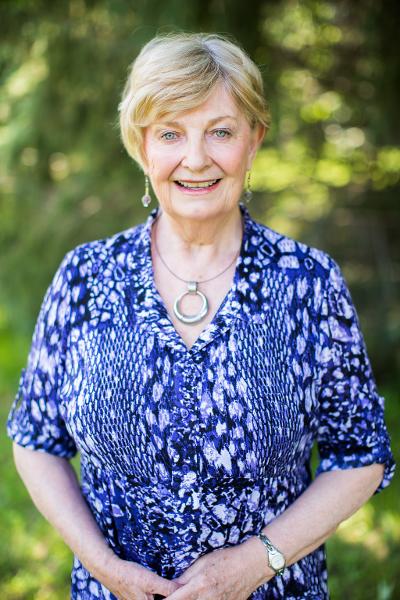 Among other things, Maureen is an author of funny & furry adventures & misadventures, guaranteed to tickle the funny bone, lift the spirits, & warm the heart! All her books contain characters you can relate to, an animal or two, and always romance of varying quantities and heat levels along with tons of humor. As Charlie Chaplin once said, “A day without humor is a day wasted.” Transplanted from Scotland to Canada at the tender age of seven, she’s a voracious reader, community volunteer, bridge player, yoga enthusiast, seeker of personal and spiritual growth, pickleball enthusiast, and infrequent but avid gourmet cook. Escapees from the I.T. arena, she and her husband love to hike, bike, and travel. She’s swum with sharks in the Galapagos, walked with Bushmen in the Serengeti, sampled lamb criadillas (don’t ask!!!) in Iguazu Falls, snorkeled on the Great Barrier Reef, ridden an elephant in Thailand, watched the sun rise over Machu Picchu, and bounced from Johannesburg to Cape Town on a bus called ‘Marula’. A quote about her books: “You are a great writer, scratch that you are phenomenal. The way you have projected each and every character is remarkable. Vivid description make you visualize the book like a movie. For me it’s a must read. And yes, last but not the least, I will surely buy your other books after I finish my exams.”

Hi, I’m Abby Foster, retired accountant now general manager and CFO of Alberta’s premium resort, Grizzly Gulch Guest Ranch. My two sisters and I inherited the run-down dude ranch after we hit an age where most sensible women contemplate retirement. No one ever called us sensible. Due to extensive renovations, we’re now facing financial ruin. In spite of my fear of horses, a week-long horse breeding symposium is our strategy for boosting our revenue. Hours into the symposium, a cowboy’s sudden death appears accidental. My disagreement with the official verdict compels me to spearhead a covert investigation. Problem is, our quirky guests are the murder suspects. It doesn’t help that my late-life romance with our sexy barn manager ups the ante, at least it does for me. Chaos ensues when we tangle with a spitting llama, dwarf goats enjoying a leisurely swim in our pool, amorous horses, a reluctant stud (the star of our artificial insemination demo), all accompanied by more hilarious deceit, danger, and drama.
Did I mention horses terrify me?
Warning: This book may contain nuggets of inappropriate boomer humor. Scroll up to buy this book and start reading today! 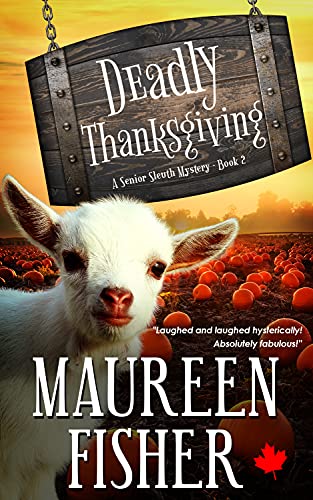 Hi, I’m Clara Foster, co-owner and events manager of Alberta’s Grizzly Gulch Guest Ranch. My two sisters and I inherited the place at an age when most sensible women contemplate retirement. No one ever called us sensible. I cannot lie. It has been an uphill struggle. Due to extensive damage from a rogue summer tornado, the only way we can avoid foreclosure is to win a lucrative hospitality contest, and that requires multiple five-star reviews. Too bad the arrival of a mini-coach full of geriatric guests, one of them a corpse, threatens to derail our gala Thanksgiving event. Worse, the retired Mountie I dumped four months ago shows up seeking closure. It soon is apparent (though not provable) that the deceased was murdered, and everyone on board the mini-coach has a motive. To compound matters, this is our second murder of the year. Our slogan might as well be, “Try Grizzly Gulch getaways; they’re to die for.” Our guests must never learn of another murder or we might as well kiss the contest goodbye and file for bankruptcy. The only sensible solution is for me to join forces—and possibly a whole lot more—with my former flame to smoke out a killer while hiding the murder from our guests. Tensions mount when several near-fatal “accidents” occur. Action bounces from a perilous nature walk to an unfortunate goat yoga incident, a mechanical bull mishap, a savage cat, an electrical malfunction, an abandoned silver mine calamity, and a full-staff medical crisis, all culminating in a Thanksgiving feast our guests will never forget.
Warning: This book may contain nuggets of naughty boomer humor. 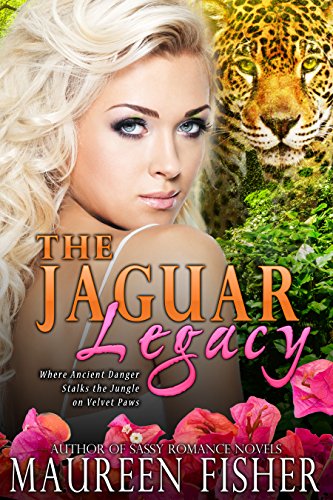 The Curse of the Olmecs lured her deep into the steamy Mexican jungle. Ancient ruins and the archaeologist who discovered them tempted her to stay. The jaguar awoke, flexed her claws, and watched, waited. An enterprising journalist determined to unveil the truth …
Uninvited and unwelcome, journalist Charley Underhill arrives at a remote archaeological dig in Mexico, determined to learn the truth about unexplained deaths in the area. She seriously doubts The Curse of the Olmecs killed the men. If it means keeping a watchful eye peeled for hairy, hungry predators or lying to an archaeologist with a sexy Scottish accent, brilliant scientific mind, and preference for gaudy Hawaiian shirts, so be it. Only a dramatic exposé will fund her mother’s life-saving treatment. A brilliant archaeologist hell-bent on preventing a premature press leak …
Uncovering the past is archaeologist Dr. Alistair Kincaid’s purpose in life. Still smarting from a ruthless betrayal, he guards his latest discovery, an ancient Olmec city buried deep in the jungles of Oaxaca, in the hopes of making a career comeback. He won’t let a snoopy reporter, even one with a quirky sense of humor, smarts, and a heartwarming smile, destroy his last chance at success. Or steal his heart. Together, they uncover long-buried secrets best left untouched …
Strands from past lives intertwine with the present, drawing the couple deeper into a legacy of shapeshifting and danger, romance and evil, reincarnation and karma. Torn between saving her mother’s life and betraying the man she loves, Charley must make an impossible choice while ancient danger stalks the jungle on velvet paws.
How do past lives affect the present? Scroll up to buy this book and start reading today! 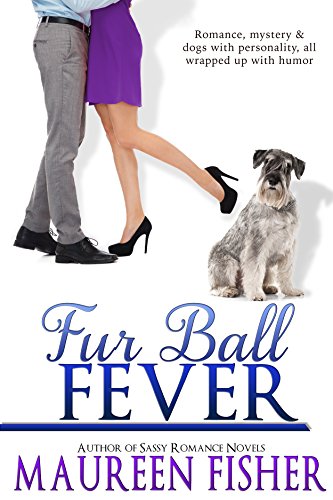 An impulsive pet spa owner loses her elderly client’s prize pooch …
After a lifetime of impetuous mistakes, Jersey Shore pet spa owner Grace Donnelly outdoes herself when a client’s prize poodle, a shoo-in to win the annual Fur Ball, goes AWOL while in her custody. With money, careers, and lives in jeopardy, Grace is not afraid to strap on the leather to go undercover in a fetish club looking for clues. Too bad her helpers consist of an aging hippie aunt, a renegade schnauzer, a drag queen, and a dominatrix or two. Worst of all, the only man truly qualified to help is her former flame, the most domineering male on the eastern seaboard. A smokin’ hot bodyguard has his own dangerous agenda …
Texas-born security specialist Nick Jackson faces his worst nightmare when Grace’s amateur investigation nearly blows his covert operation. Unless he nails the con-artist who scammed his home-town’s senior citizens and whacked a witness, his homicidal granddaddy will take justice into his own liver-spotted hands. To salvage his case, his sanity, and his ex-lover’s velvety skin, Nick joins forces with the sassy crusader who rubs him the wrong way–and so many right ways too. Together, they encounter an explosion of murder & mayhem…
Action bounces from the upscale Shore community of Saltwater Estates to a beach harboring washed-up corpses, a yacht no honest preacher could possibly afford, and the bawdiest nightclub in Atlantic City. With the Fur Ball rapidly approaching and hazards multiplying like bunnies, will Grace find the missing poodle in time, and can Nick nail the con-artist before his granddaddy does? 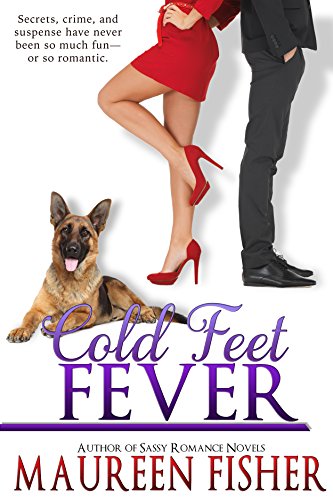 An irresistible bad boy struggles to turn his life around:
Barred from casinos, gambler Sam Jackson has spent his winnings and must take a ‘real’ job. Turns out operating Kinki, a glitzy paranormal nightclub in Atlantic City, isn’t as easy—or as much fun—as he’d anticipated. Someone’s trying to shut him down before he opens, he’s on the verge of bankruptcy, his family issues are out-of-control, and his matchmaking granddaddy has hired a sexy event planner with a mysterious background, bossy disposition, and criminal ties. A mortician-turned-event-planner with big secrets will do anything escape her past:
A job as event planner offers single mom, Katie Deluca, her last chance to change her destiny. Turns out party planning is more difficult than organizing funerals, especially when her criminal stalker appeals his murder conviction. Plus her new boss, although perfect for awakening her sensuality, couldn’t be more wrong for the stability she craves for her son. Forced to collaborate, they defeat obstacles and fight crime:
Fighting their growing attraction, the couple tangles with vandalism, Katie’s lethal stalker, a goofy dog, ruthless thugs, a building inspector on the warpath, exploding trucks, an eccentric granddaddy, disappearing corpses, an unfortunate synchronized swimming episode, and the threat of live cremation, all in attempt to deliver a grand opening the vampire wannabes of Atlantic City will never forget. Does Sam resolve his family issues and salvage his nightclub? Does Katie escape her stalker to pull off a memorable grand opening?