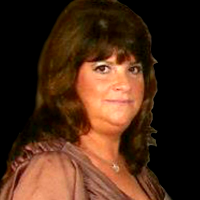 A career in writing has been an enormous leap for me. Accustomed to the number-crunching field of budgeting and the hectic commodity markets, I left my first career and M.B.A. in Finance behind to pursue my dream. However, I do not regret my foray into literature for one moment. I write every day and have even tried my hand at poetry. So don’t let anyone tell you it’s too late in life to try something different. It is never too late to follow your heart.

THE DEAD GAME SERIES brings fantasy and surrealism to the classic murder mystery with dead bodies, suspects, and clues. In addition, it offers vampires and a touch of romance to spice the motley mix.
MEET ME IN MAINE, the first book in THE BLUE HARBOR SERIES, provides the backdrop for murder, mystery, and romance in a seaside town. Love falters and flourishes as the residents fight the persistent evil plaguing their small-town lives.

Sit back, put up your feet, and let me bring mystery and romance to your lives. 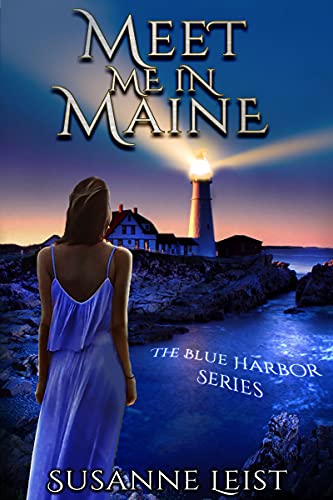 Elizabeth Reading and Scarlett Harding travel to Blue Harbor, Maine, hoping to find a bed-and-breakfast to buy and a peaceful town. What they discover instead is much more sinister… When they visit the local ice cream parlor, a man rushes through the doorway, clutching his throat and dying in a pool of blood. Chief Lively and two men, David Hunt and Logan Rayne, interrogate Elizabeth and Scarlett. Elizabeth stares at the dashing, blue-eyed David, stunned she agreed to a date with him just hours ago. Elizabeth wants to pack her bags and visit other harbor towns, but Scarlett insists on keeping their appointment. They fall in love with the quaint bed-and-breakfast and sign the papers a few days later. Once they settle into the inn, strange incidents plague Blue Harbor. At Scarlett’s date with Jonathan Hale, the charming ice cream parlor owner, a woman’s head explodes at the next table. A suspicious explosion rocks the harbor, destroying boats and part of the dock. Their fears mount as an intruder breaks into the inn. The curse placed by the Penobscot Indians on the original settlers and descendants of Blue Harbor has returned with a violent twist. Have Elizabeth and Scarlett put their lives in danger by dating two of Blue Harbor’s descendants? Should they sell the inn or stay and fight the curse alongside David, Logan, and Jonathan? 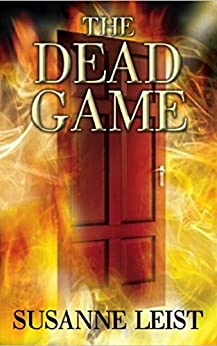 Linda Bennett moves from New York to Florida to live a quieter life. Life is peaceful until the dead body washes up onshore. She learns that dead bodies and disappearing tourists are typical for the coastal town. Linda and her friends receive an invitation to a party at End House, a deserted house overlooking the Atlantic Ocean. The group arrives, but no one is there to greet them. The house has a sinister life of its own where horror follows their every step. Traps, illusions, and revolving rooms add to their growing fear. A bloody skeleton sleeps in an upstairs’ bedroom, and body parts fall from the chimney into the living room’s fireplace. Wild animals escape their cages in the basement. The young residents flee for their lives. They embark on a harrowing journey, not knowing whom to trust, to uncover the one controlling the evil game. Who are The Dead? Are they humans or vampires? Will Linda lose her heart to Todd, who knows more than he admits? Will her best friend, Shana, fall in love with Sheriff Sam?
The Dead Game has begun. 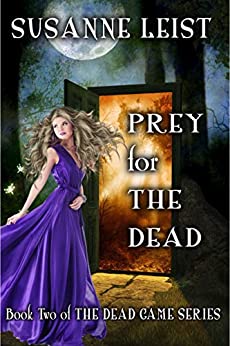 Linda Bennett’s dreams of happiness have always eluded her. Five years ago, she moved to Florida from New York to escape heartache. The Dead, an evil group of vampires, ruined any hope of peace for her and the small town of Oasis. Since then, Linda has learned to live among vampires and human-vampires, finding finds solace in her bookshop. Then one morning, Oasis goes dark, and an explosion rocks her store and any future dreams for a happy ending. News of a vampire presence at an exclusive club in Disney World prompts Todd and Sam, hybrids, to go undercover as members. Linda and her best friend, Shana, join them as their trophy wives. Disaster follows in their wake as vampires fight for control. A devastating surprise waits for them in the tunnels beneath Oasis and then a bloody battle at a tree island in Florida’s swamplands. Can Oasis survive the battle between good and evil? Will Linda find her happy ending? 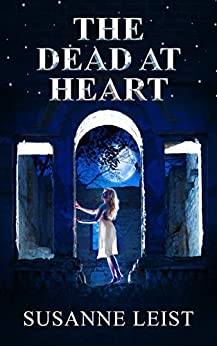 As Oasis falls under attack, Shana must choose between a vampire or a human-vampire… Late at night, werewolves swarm Gregg’s estate and kidnap Linda. Gregg gathers his men and races after his fiancée. Alone in a mansion filled with vampires, Shana flees, afraid William, her vampire boyfriend, has returned to his evil ways. Sheriff Sam asks Shana to help him track the rogue vampires and werewolves. She follows him to Florida’s swampland, where The Watchers live in luxury. While proclaiming their innocence, the vampire leaders force them to board a plane to Quebec, capturing William along the way. Once Linda is freed from the werewolves, she heads to Quebec in search of Shana. Meanwhile, trapped in a building sealed as tight as a tomb, Gregg outsmarts the computer-activated house and escapes his tormentor. As the opposing vampire sects arrive at Chateau Frontenac, the boardwalk erupts in flames. The battle for control has begun. Torn between William and Sam, Shana must pick the right side since the wrong choice can be deadly.