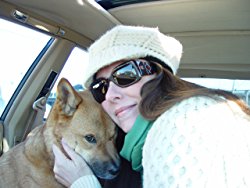 The Black Rose is an author, photographer, and filmmaker. Born in Chicago, she currently resides in New York with the love her life, her Hokkaido Dog, Kuma. She began writing at the age of seven and dabbled until she woke up one day and simply had to write a novel. She has several 5-Star reviewed novels, both part of individual series. She categorizes her novels very directly; “My writing is deeply rooted interpersonal relationships: people’s feelings, thoughts, emotions, and the intimacies between two people that truly love each other despite the circumstances surrounding them.” Her genres are suspense, thrillers, crime, romance, and espionage. As she says, “I write about love, honor, and doing the right thing, even when it seems disadvantageous, even when it’s not the popular path to take.” She sees her writing as a gift from God, and appreciates and learns from her stories. Her writing passion stems from her immense love for art, which began with drawing at age five and moved into oil painting by age eight. Her love and study of photography soon became a professional passion, and she spends hours photographing and laying out her book covers. Readers can visit “Privé with The Black Rose” showcasing behind-the-scenes insights into her writing, novels, characters, photography, and films. She films and produces her book trailers and, in the future, plans to make short films.

A seductive story about corruption, sin, lust, and redemption. The series opens as Ives Andrich, Special Agent in Charge of the New York Division of the FBI, is confronted with investigating the woman he has waited a lifetime to find. Because of her more than accurate novel about an Italian crime lord, the Bureau, against Ives’ wishes, asks for her help in infiltrating the internal organization of the nation’s most nefarious Mafia don.
When the Bureau’s plan fails, and she becomes dangerously entangled in the private life of the United States’ most wanted criminal, Ives’ tolerance for Bureau mishaps vanishes. No holds barred, he puts everything on the line to save the woman he loves in the Complete Volumes One, Two, and Three of The Killing Game, the first book in The Killing Game Series, a romantic suspense thriller series by The Black Rose. 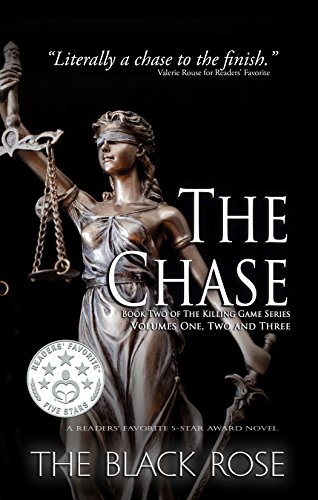 The Killing Game Series continues as Special Agent Ives Andrich turns the FBI inside out to investigate the mistreatment of his wife during the Luca case. In the process, he unveils a secret from her past, linking her to a hunted bomber, who is threatening her life while leaving cryptic clues to a twisted conspiracy. After an exhausting game of calculated mental chase, the decisive moment arrives, and everything goes wrong when Ives and the bomber come face-to-face leaving Ives wondering what he can do to save the day in the Complete Three Volumes of The Chase, Book Two in The Killing Game Series, a romantic suspense thriller series by The Black Rose. 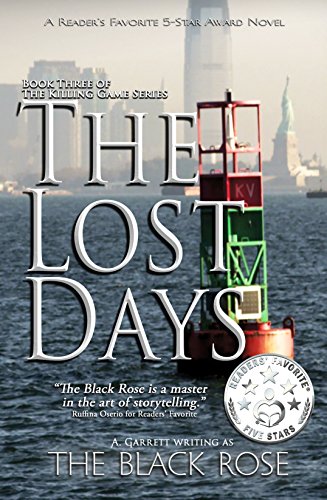 In the third installment of The Killing Game Series, FBI agent Ives Andrich vaguely attempts to put his life back together after the presumed death of his wife. When he returns to reality, a peculiar stranger with an extraordinary proposition pays him a visit. At the request of the leaders of an obscure German political organization, this stranger endeavors to recruit Ives to head their intelligence division.
Concerned by their offer, Ives initiates an investigation to discover the truth about them. However, what he uncovers in the process determines his fate as the door to chaos opens in The Lost Days, Book Three of The Killing Game Series by The Black Rose. 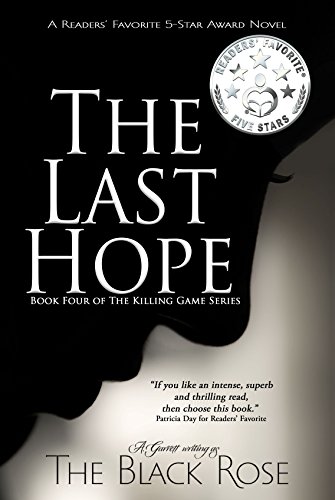 ​Hope in God is sometimes all you have.
After her disappearance, Allina, the wife of FBI Special Agent Ives Andrich, wakes up at a secluded mountain estate with Ives nowhere in sight. Not knowing where she is or how she got there, she learns more about the people surrounding her. Her realization is worse than she imagined—she is in the clutches of the secret German organization she had been warned about.
In her heart, she denies their explanation that Ives is missing and presumed dead. After a failed escape attempt, one thought keeps her going—her love for Ives and their undying romance she refuses to give up on. However, the game is about to change in ways she could not have anticipated in The Last Hope, Book Four of The Killing Game Series, a romantic suspense thriller series by The Black Rose. 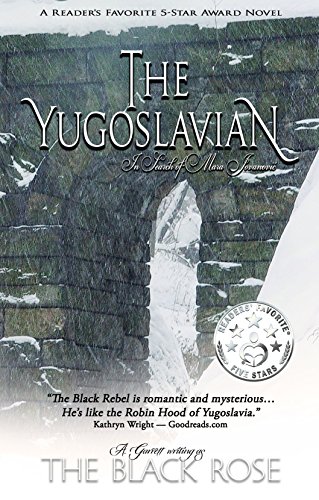 “One man and one woman together in a war out of control…” The Siege of Sarajevo provides the backdrop for a gripping tale of adventure and intrigue bringing Ivan, the romantic hero—a man with a deadly secret, and Tess, the romantic heroine—a mysterious philanthropist, with a secret of her own, together from opposite sides of the world. With the common goal of searching for the same missing war orphan, together they head into this deadly conflict to find her. Through lies and deceptions, and surrounded by threats and hostilities, the truth is revealed and Ivan is torn between what he must do to protect himself and what he must do to protect Tess in The Yugoslavian,In Search of Mara Jovanovic, Book One of The Yugoslavian Series – a literary romance fiction novel by The Black Rose. 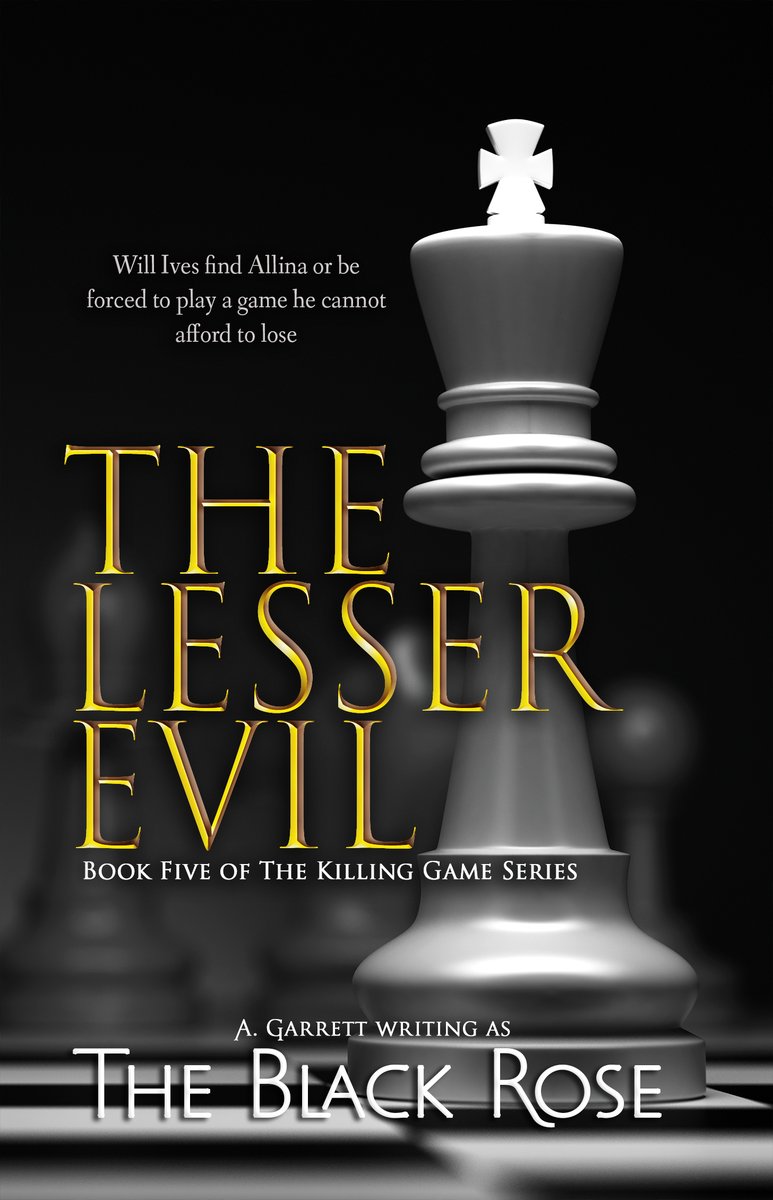 Things aren’t always what they seem. The fifth installment in The Killing Game Series opens with Special Agent, Ives Andrich, searching for his missing wife in a remote town in southern Bavaria. Despite the FBI’s censure, Ives never gave up on finding her. To get her back he will walk head-on into what he presumes is a Nazi lair. Once there, things are not what they seem; they are eerily civilized. Confronted with an extraordinary proposal, Ives is forced to make a deal to rescue his wife, but is his only choice to aid her captors? Or will he attempt to foil their master plan in The Lesser Evil, book five in The Killing Game Series, a romantic suspense thriller series by The Black Rose.