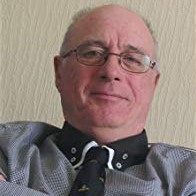 Thomas J Eyre was born in Oxford and moved to Tewkesbury in Gloucestershire when his family relocated in 1969. He left school at the age of 15 and worked as a cook, waiter, plate collector and washer-up in his parent’s transport cafe before joining the Royal Navy in 1973. As an Aircraft Handler/Crash-Rescue Fireman he served on Great Britain’s last true fixed wing aircraft carrier, HMS Ark Royal before she was scrapped in 1978. Yes he hears the cries of derision from serving and former members of the Fleet Air Arm who served in big ships since the “Big A” was scrapped, but even the Royal Navy called them through-deck cruisers and they didn’t have catapults to launch them, nor aircraft landing at 250 knots. Since leaving the Royal Navy he has worked as a long-distance class 1HGV driver, drayman, fettler and mechanical engineer. He worked on contract in Libya and in 1995 became a Bachelor of Science after graduating with a 2:1 honours degree from Bournemouth University. A motorcycle accident in 2000 left him with serious injuries, finished his engineering career and almost his life. He now lives in Poole in Dorset and after many years writing stories for his own amusement has been prompted by friends and family to publish some of them. The Second of his books, The British FrontLine, follows Royal Marine Sergeant Patrick Regan who is repatriated from the fighting in Afghanistan to bury his mother and step father, after they are killed in an explosion that destroyed their yacht. On returning back to Great Britain, Regan finds out his half-sister, Susie, is missing and he sets about finding her. The body count begins to rise when he discovers that Susie has been abducted by Russian Mafia gangsters. Thomas is currently writing the Third in this series, which will be published around the middle to end of 2019. 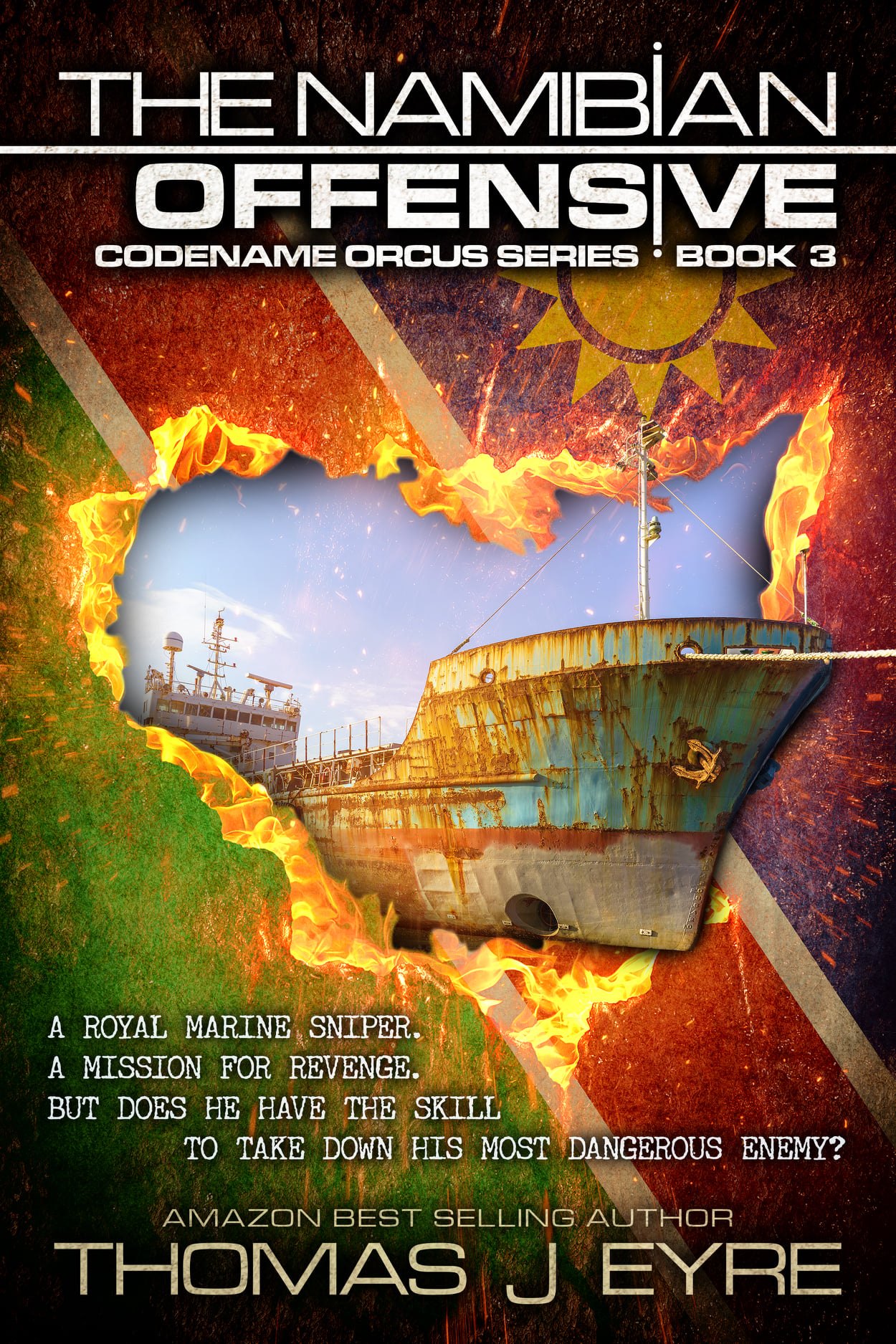 A wounded sniper. A mission for revenge. But does he have the skill to take down his most dangerous enemy?

Leicester, UK. Royal Marine deserter Paddy Regan swears vengeance against the Russian Mafia. Enraged by his parents’ savage murders, Regan organizes a rule-breaking rampage to shut down the cruel organization, even if he has to resort to torture. So when the gangsters attempt to rob and kill innocents at an amusement arcade, he seizes the chance to execute every last one… But with news of his estranged fiancée’s kidnapping by Namibian rebels, Regan and his team must shift their sights on her rescue by infiltrating a terrorist base. As the onslaught of bloody violence in sex trafficking, blackmail and murder escalates, Regan’s forced to deploy his heavy weaponry to end the enemy’s brutal exploits. Will Regan and his team perish in a hail of bullets before he can claim another Russian scalp? The Namibian Offensive is the third book in the riveting Code Name: Orcus action adventure series. If you like hardened military heroes, adrenaline-fueled missions, and deadly espionage operations, then you’ll love Thomas J Eyre’s explosive thriller. 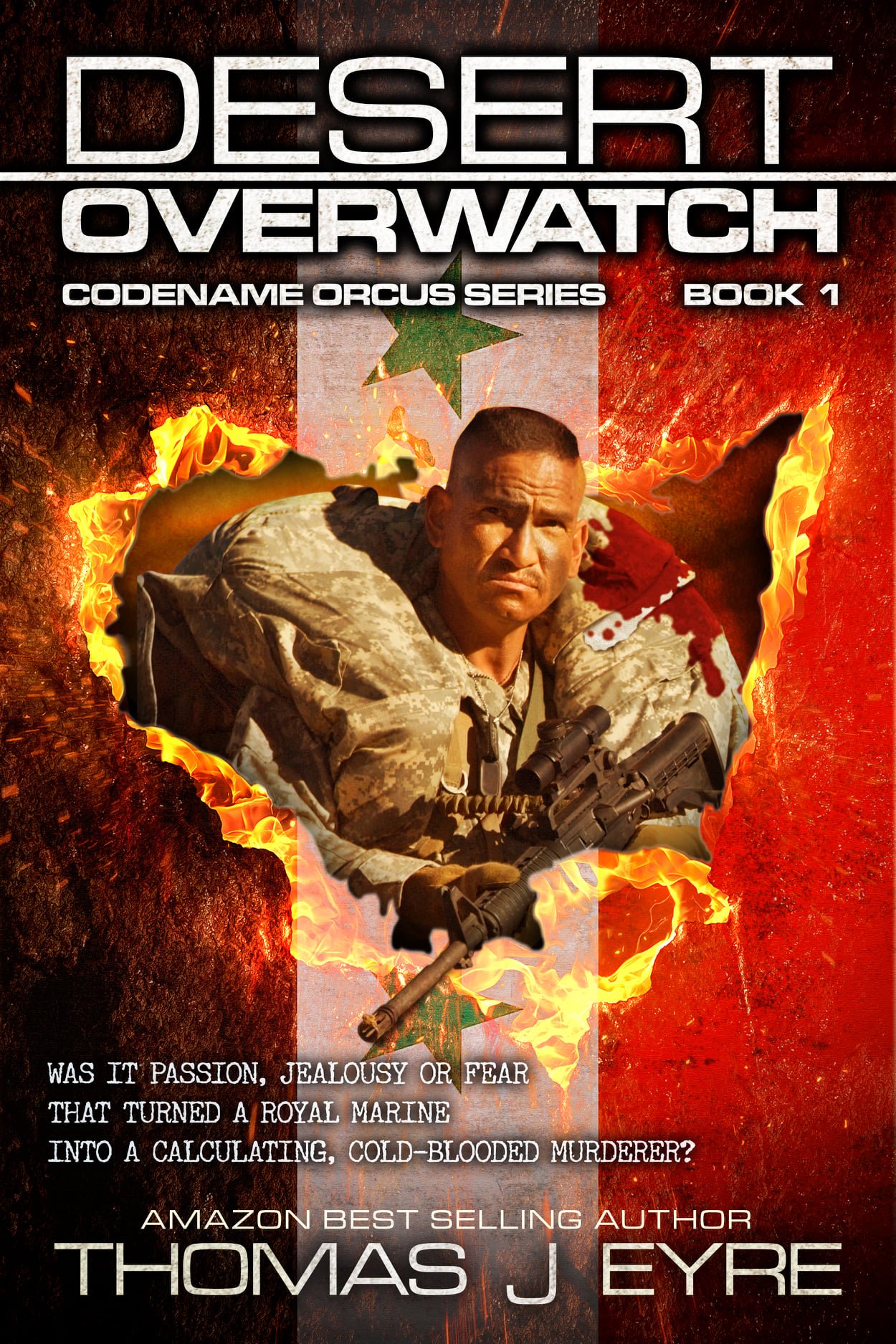 A 1990 deployment to Iraq, in the build-up to the first Gulf War turns deadly.
Sergeant James Regan wants nothing more than to be at home with his family. After nearly two decades of putting his life on the line fighting for Queen and country, he has decided it’s time to quit the Royal Marines, he just has to make it home.
Corporal Roger Morgan hates life in the corps and uses alcohol to take the edge off.  A downed coalition aircraft brings the two men together while behind enemy lines on a mission to track and destroy Iraqi SCUD missile launchers.
Old rivalry surfaces amid the danger, tension and stress of life behind enemy lines. Was it passion, jealousy or fear that turned a Royal Marine into a calculating, cold-blooded murderer?
If you like Lee Child’s Jack Reacher, David Baldacci’s Amos Decker, and Robert Ludlum’s Jason Bourne, you won’t be able to put down Thomas J Eyre’s compulsively addictive CodeName Orcus series. 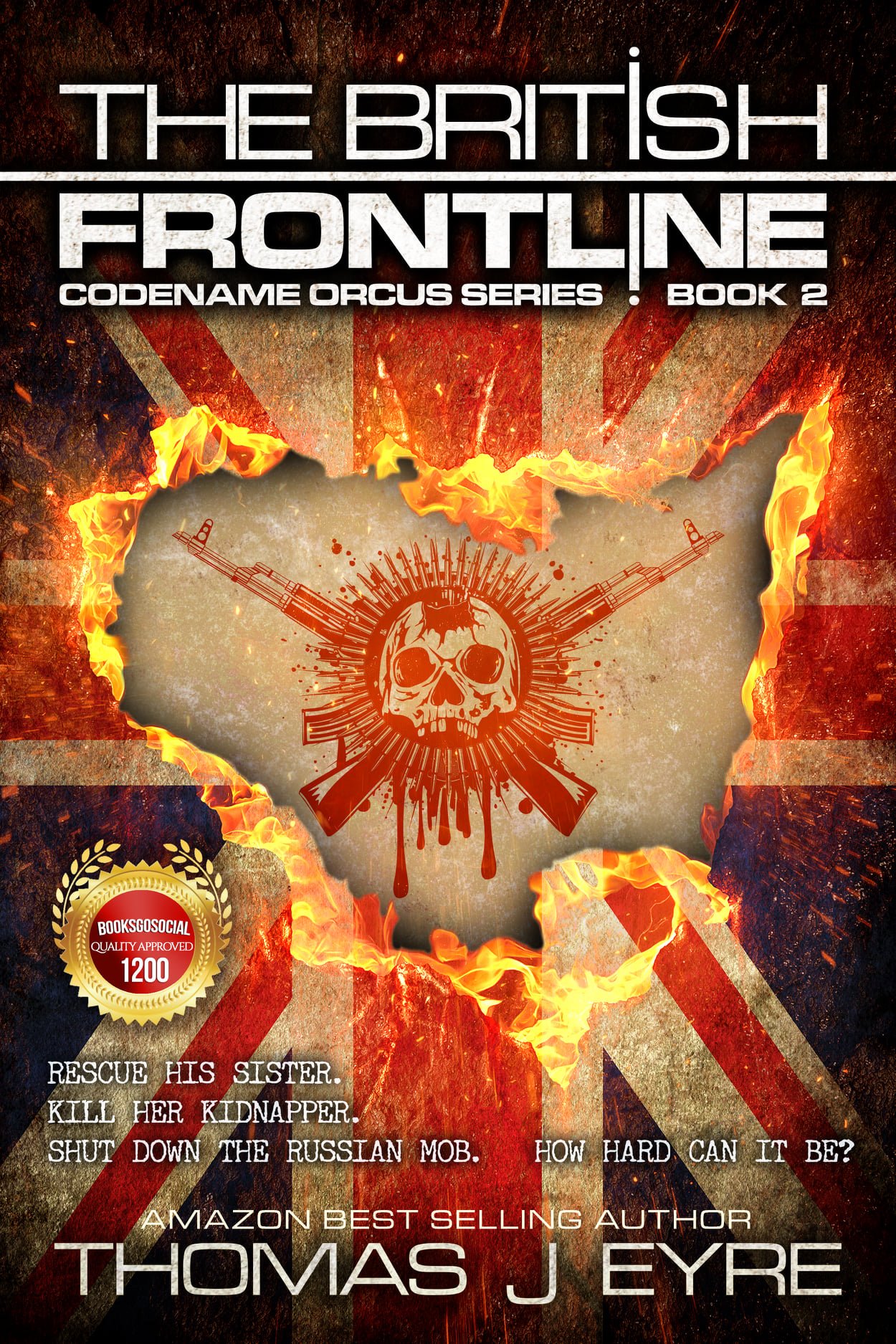 ​Patrick Regan is a man on a mission.
​
Expertly trained by the Royal Marines and with crack sniper skills, he’s always taken the fight to the enemy. However, now he realises that while he’s been away, Great Britain has come under attack
His parents are dead, his sister is missing, and he’s getting zero help from the authorities. Regan is forced to face the faceless: the insidious thugs of the invading Russian Mafia.
With their sights set on the complete domination of Britain’s organised crime, their toxic regime of bribery, intimidation and violence has even infiltrated to the very top of Britain’s military intelligence.
Once again Regan prepares to take the fight to the enemy, but this time, he’s hunting on home soil.
If you like Lee Child’s Jack Reacher, David Baldacci’s Amos Decker, and Robert Ludlum’s Jason Bourne, you won’t be able to put down Thomas J Eyre’s compulsively addictive Code Name Orcus series.