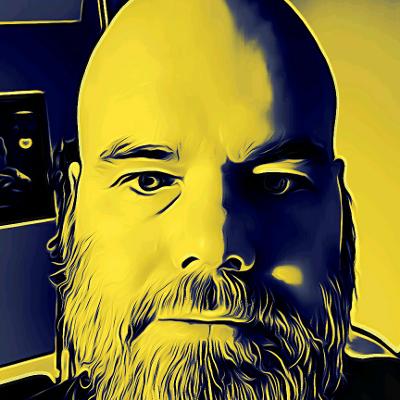 Todd Cinani is a short story author who has been published in four anthologies.
Rabid World: a Zombie comic.
Darkness Wakes: a horror anthology about the resurrection of old evils.
Arc City Stories: A Cyberpunk Anthology which he designed and created. He wrote stories Scarlet & Scarlet II.
Power Loss: a speculative fiction about what happens to society when the power shuts off forever. He wrote the first story The Last Phone Call: Monsters vs Nazis.
Currently, Todd writes mainly Horror & Scifi however as a historian he is researching historical fiction that will take place in Renaissance Florence. 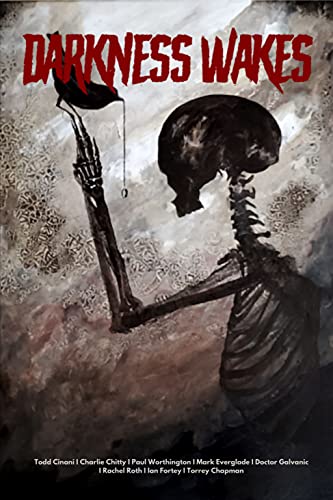 Sometimes it’s best not to explore the road less taken. Darkness Wakes is an anthology written by eight authors. Each story explores what can happen when someone stumbles upon and wakes an old or ancient evil. A blend of cosmic and traditional horror.
In the last days of WWII Hitler sends an expedition to find Hohlweltlehre as a means of escape to a hollow earth. They find something else. A conflict between a girl & bullies leads to chaos as the dead rise & an old god is summoned.
Ny-Lon’s an assassin contracted to take out the Glitch Goddess, but the onlbeautifulre terrifying than her cult is what they’re worshipping. A rustic cabin, a beautiful lake and good friends are all the ingredients required to wake a forgotten evil.
An expedition to a remote island could lead to a new pandemic.
The ancestors will dine on Chaos and partake in the Blood of the spineless. Something evil stirs under the town of Lochmere.
A family vacation to a famous amusement park turns into a Satanic massacre. Are you brave enough to find out what happens when Darkness Wakes? 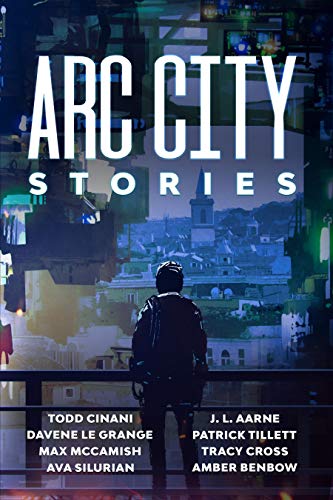 A city that exists in a world beyond governments, where war and climate change have destroyed the old order. Corporations are now the authorities of the surviving city states. The elite live in luxury above the clouds in their towers, everyone else lives further down, based on their corporate and economic worth. Arc City Stories is an exciting, action-packed collection of nine cyberpunk tales, written by eight authors, of various citizens each trying to survive, in their own way, this brave new world.