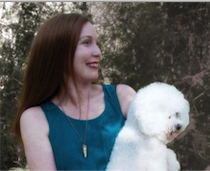 Award Winning Filmmaker Releases First Novel in a Five-Part Science Fiction/Fantasy Chronicle for young adults and the young at heart.

C. Jill Hefte’s passion is penning fairy tales about Human Fairies.
An artist in all possible ways, she is a dancer, sculptor, screenwriter/filmmaker, and now a first-time novelist. Clarissa Hedgestone and the Blood Moon is the first novel in her Clarissa Hedgestone Chronicle in her publishing company, A Human Fairy Tale. C. Jill lives in Carmel, California with her beloved Bichon Frise, Sophie Tu — her fairy dog. 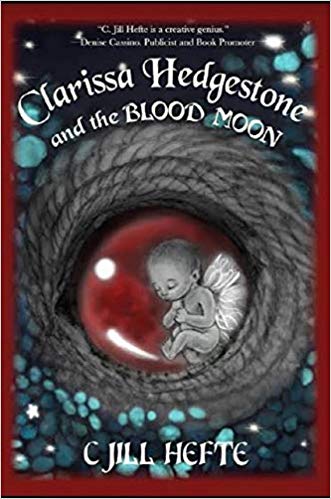 Human Fairies had been lost and forgotten until C. Jill Hefte uncovered their very existence in Fairy folklore. After reading The Clarissa Hedgestone Chronicles, you, too, will believe in Human Fairies! After the King’s death, Human Fairies, exiled from Earth to another planet in the Milky Way, rage a dark war. The Pink Fairy, the most powerful sorceress in the land, foretells a heroine born in a dungeon who will bring back light into their world. Red blood moons are rare on Earth. She was destined to be a creature of Earth long before Stonehenge was built; yet, she had just been born, on another planet, in another galaxy. The red blood moon simmered in her veins as her eyes scanned the raven-black night. Even in her innocence, she knew the significance of the red blood moon. Her flaming aura and her pure, vital heart throbbed with promise. She could feel the Earth’s connection percolating in her veins, for human fairies know the universe as a liquid black stone.
Her name is Clarissa Hedgestone and this is her story.