J.S. Frankel was born in Toronto, Canada and grew up there, receiving his tertiary education from the University of Toronto and graduating with a double major in English Literature and Political Science. After working at Gray Coach Lines for a grand total of three years, he came to Japan at the age of twenty-six and has been there ever since, teaching English to any and all students who enter his hallowed school of learning. In 1997, he married Akiko Koike. He, his wife and his two children, Kai and Ray, currently reside in Osaka. His hobbies include weight training, watching movies when his writing schedule allows, and listening to various kinds of music. His novels, all for the YA set, include Twisted, Lindsay Versus the Marauders and it’s sequels, Lindsay, Jo, and the Tree of Forever, and Lindsay, Jo and the Well of Nevermore, all courtesy of Regal Crest Enterprises. He has also written the Catnip series (five novels), Mr. Taxi, The Titans of Ardana and its sequel, The Titans of Ardana 2: Battlefield, along with Picture (Im)perfect and more novels, courtesy of DevineDestinies.com. Future projects for Devine Destinies include the final novel in the Titans trilogy, the final novel in the Just Another Quiet… trilogy, The Undernet, the re-release of Star Maps, and more. He is also the author of The Menagerie and The Nightmare Crew trilogy, all courtesy of Finch Books. 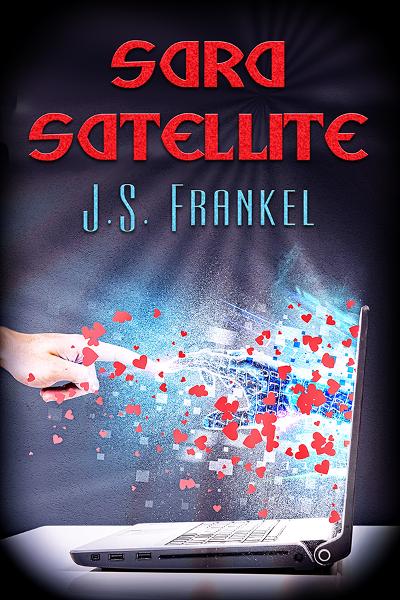 Marvin (Marv) Frontier, eighteen, a housebound hemophiliac of the worst sort, lives a lonely existence in Tacoma, Washington. He spends his hours reading and computer surfing until one day when he is contacted by someone who calls herself Sara. Sara assures Marv that she means him no harm, and then she reveals that she lives far away—over twenty-thousand miles away—straight up. Sara is a satellite with a sentient computer program aboard, but she needs one more bit of code to complete her. That means Marv has to help her track down her creator, Leonard Tilderman, formerly a professor and then an employee at NASA. He’s gone off the grid and no one can find him. As Marv searches and learns more about Sara, he also finds himself falling for her, which seems to be an impossible relationship. Oddly enough, Sara shows the same amount of interest in him, and their friendship ripens into love. Eventually, Marv manages to get the missing bit of code from the professor, just before he’s killed in an accident. Marv inputs it, but NASA’s representative, Major Grayson, also has plans for Sara, and Marv finds himself on the run from the major. Things come to a head when Sara holds the world hostage by controlling every satellite still functioning, including the secret orbital weapon’s platforms that NASA and the other countries possess. Marv is eventually captured by Grayson and tortured, and his only hope is that Sara will be able to continue her journey, whether he lives or not.

Everyone has a place in the world. Now, for Number Eight, a teen with no past, no identity, and little chance of a future, it’s time for him to find his. Number Eight, a teen trained to be a warrior, escapes from a shadowy place known only as the Facility. He has no memory of his past and only wishes to discover who he is and where he is going. Enhanced with exceptional strength, speed, and aural ability, he stumbles upon a small circus sideshow act that calls itself the Oddities. And oddities they are. Small-Tall can change his height. Feet can hurl knives with unerring accuracy with only his toes, Lips uses the power of wind, and Grace can generate the heat of a small sun. Yet, they hide their true powers for fear that the government will deem them a threat. Number Eight adopts the name Nick Andimer as a cover. Afraid that the members of the Facility will come after him, he needs a place to hide, and the Oddities accept him as their resident strongman. They travel from place to place, living an itinerant lifestyle, all the while pursued by those who don’t have their best interests at heart. Soon, the members of the Facility catch up with them, and Nick must fight for his future as well as for the only friends he’s ever had. 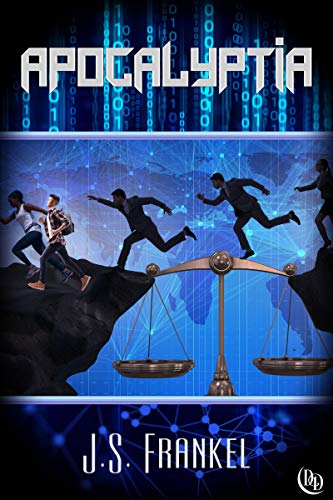 Ed Sawyer, seventeen, is one of those ignored types at his school. A nerd hopelessly obsessed with all things cinematic, he lives for his next flick. He’s matched by Linda Usher, a classmate who is also into movies, as well as computer coding and hacking. On the last day of school before summer vacation, Ed is given a flash drive by a dying man. He sees a code on it, and Linda, for all her genius, can’t decipher it, either. They are soon pursued by not only domestic terrorists—ex-members of the Department of Defense—but also by Russian agents who are after the same thing. It seems that the creator of the program, Harry Haskins, devised it as the ultimate smart bomb, the ultimate tool for controlling the internet and every single computer program around, including those of defense. It’s a secret that the wrong people will kill for, and Ed and Linda have to go on the run from those who would capture and kill them—and that includes citizens as well! Only Linda has the knowledge to prevent such a catastrophe from happening. The only question is whether the duo can remain alive long enough to deliver the goods to the right people. 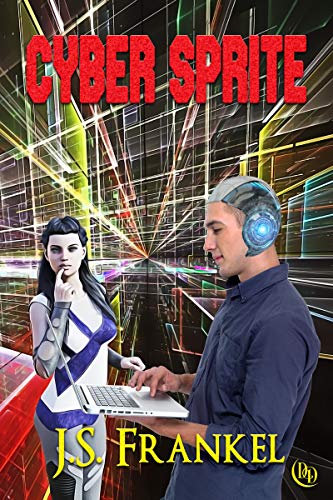 Jake Cullen, a disabled teen novelist, is contacted from the great cyber beyond by a person who calls herself Miranda. It turns out that Miranda isn’t a hacker, but an AI program, a free-roaming, independent program that can go anywhere and do anything it likes within the confines of cyberspace. Jake finds her creator, Doctor Helena Schreiber, and receives the greatest gift—a way to link up to her creation, Miranda. Jake enters the internet and finds a cyber world that’s much like our own, but more so. He and Miranda go exploring together, and also find out they’re more into each other than they thought possible. While all is fun and games at first, trouble looms in the form of Marvin Throckmorton, Schreiber’s former employer. He’s aware that Doctor Schreiber has created a sentient program, and he wants it. To that end, he sends his enforcers to coerce the information out of Jake, and they attack him and threaten his life and the life of his mother. What he does not know is Doctor Schreiber’s ultimate goal—to make her creation more human. Jake also has a goal—to survive. With Miranda’s help, he finds a way to fight back and discovers just where he truly belongs. 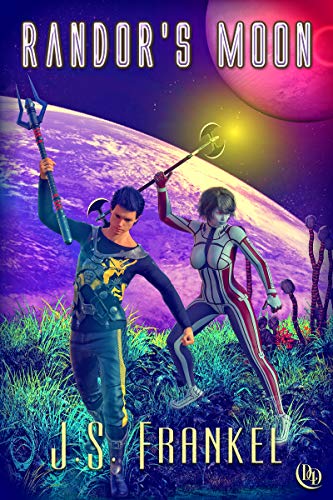 Randor Delphin, shy teen prodigy, bio-scientist, and total nerd, lives a lonely, orphaned life on the planet of Malloran, a colony of the now-dead Earth. Malloran has been at war with the neighboring world of Falanar, a warrior planet, but their differences will be set aside if aid is given, as a plague of unknown origin has broken out, and only the scientists of Malloran can help. Accompanying Randor is Minnara, the daughter of the rulers of that world. As total opposites in character, they don’t get along at all, and to make matters worse, their ship veers off course and crash lands on a distant moon. Once there, they learn that they need each other in order to survive against the predators of that world, those that are animal, and those more than animal.

Teenager Sam Timmins, school outcast and total nerd, is saved one day from getting run over by the wind. Only it isn’t the wind that saves him, but a mysterious wind-sprite named Esther. The result of a botched lab experiment, Esther and her mother, Nita, the lead scientist on a matter-transportation project, now exist as wind beings. Sam begins a relationship with Esther, even though he cannot see or even hold Esther, but they grow as close as two people can under the circumstances. The forces of evil, though, will not be denied. Morton Ramsay, the head of the project, needs Esther and Nita back for his own purposes. He sends his two chief henchmen, Harsky and Stutch, to intimidate Sam. When that doesn’t work, they resort to murdering his mother. Now, Sam is out for revenge. Aided by Esther and her mother, he finds out just who he is and what he is capable of. More than that, he finds out what science is capable of creating—and destroying. 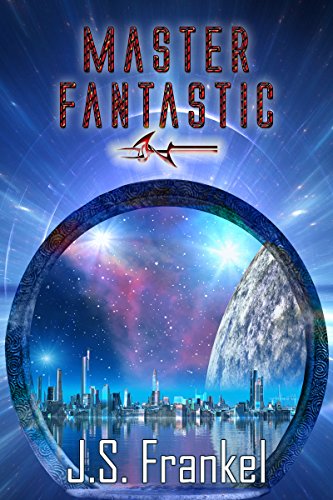 High school student Paul Coleman’s life is an ordinary one. His existence takes a turn for the extraordinary when he and his best friend, Rory, are attacked by a winged demon one day. The demon, which calls itself Hekla, possesses the power of sound, and kills Rory with its scream. Paul survives, but the force from the blast has left him mainly deaf. A year later, Paul is out of school, working part-time, and is fearful of going deaf forever. Although he has learned sign language well, he wonders where his life will go. All that changes when Montague (Monty) Trillian, also known as Master Fantastic, enters his life and requests his services as a sign language teacher for his daughter, Myrna. Paul accepts, and soon finds out that Trillian is not just any magician, but an Elementalist, one capable of wielding the four elements of Earth with ease. He can also open portals to other worlds, and often does so, visiting those of earth, water, and fire. Many adventures follow, and Paul and Myrna grow close, but Hekla returns and demands Myrna be given to her. It seems that Myrna is the product of a union between Monty and Hekla, and like all mothers, she desires to protect her own. Now, Paul must do everything he can to save Myrna from being used for a fate far worse than death, and only the abilities of Master Fantastic can save them all—or can they?