Jerry grew up in a Coast Guard family who moved quite a bit, with the result that he attended 8 different public schools. These circumstances provided him with some unusual experiences and insights into the many subcultures that exist in the northern and midwestern states. Experiences in the south began for him when he attended Centre College of Kentucky.
During that time he worked as a deckhand on an ocean going dredge boat off the Texas coast for two summers. This work provided him with additional cultural interactions with a large number of Hispanics and people from “Louisiana Bayou country”. Upon graduating from Centre, he pursued an M. S. degree in school psychology at Miami University of Ohio. Within days of graduating from Miami U. he was experiencing basic training in the U. S. Army. He went on to complete Advanced Infantry Training and Infantry Officers Candidate School to become commissioned as a second lieutenant. Reluctant Lieutenant: From Basic to OCS in the Sixties is his memoir of that experience. Upon being commissioned, he was assigned to the JFK Special Warfare Center, Ft. Bragg, N. C. The army gave Jerry additional opportunities to work with many individuals from diverse backgrounds and nationalities. When he completed his military obligation, he worked for two years as the only school psychologist in seven inner city schools of St. Petersburg, Florida, which were being integrated for the first time. His many experiences with diverse cultures served him well during that stressful time. From there, Jerry enrolled in the University of Tennessee’s doctoral program in school psychology. Two years later he received his Ph. D. degree and began working for the Little Tennessee Valley Educational Cooperative (LTVEC), assisting area school systems to develop their school psychology programs. In 1976 he became the executive director of LTVEC and held that position until 2014. During Jerry’s tenure at LTVEC many innovative programs for children were developed that received regional and national acclaim. One of those programs became the focus of the book Rosa Kennedy and he wrote, A School for Healing: Alternative Strategies For Teaching At-Risk Students. At this time Jerry is developing a collection of short stories that relate unusual and noteworthy experiences he has in his early life and into his adulthood. They all reflect some surprising displays of human kindness. 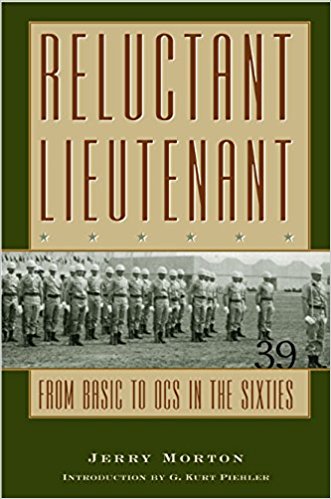 With intimidating tales of bellowing drill instructors and their seemingly incongruous tasks, Reluctant Lieutenant captures the essence of what it meant to survive the training regimen of the Old Army. Author Jerry Morton is a gifted storyteller equally at home describing blind navigation through the woods on a dark night as recounting the perils of smuggling a skin flick into his barracks at OCS. In this engaging memoir, Morton reconstructs his reluctant journey through basic training, advanced infantry training, and infantry Officer Candidate School during the Vietnam era. His is a unique record of what it was like to be a conscript in the U.S. Army in the late 1960s. Morton’s accounts also provide a roadmap to the sociology and culture of the military, especially the class system that divided college graduates from those with less education or economic stature yet sustained a solidarity that overrode class differences in the field. He describes his disappointment and discomfort at being “killed” during training ambushes. But he also shows how someone with a master’s degree in psychology could adapt to an environment in which the army did the thinking and the soldier the doing. However unintentional, by the end of his journey Morton is no longer a civilian but an officer, adept at army gamesmanship and ready for command. This book offers an entertaining and informative foray into the training system used by the army during the Vietnam era and valuable insight into military culture. Veterans of the Old Army will find their memories kindled by this vivid account of one man’s experience. 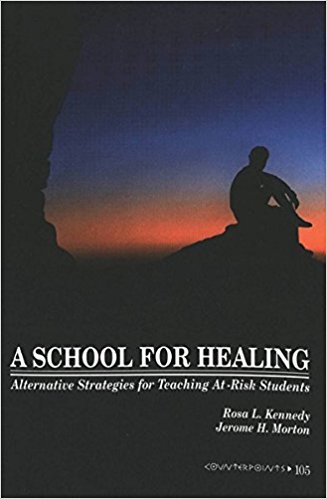 A School for Healing: Alternative Strategies for Teaching At-Risk Students describes an alternative school that dealt with students who were expelled or suspended from public school and who perceived themselves as victims of injustice. It was assumed that they misinterpreted the facts of various situations or chose inappropriate strategies to correct real injustices. The task of the school was to help the students learn multiple perspectives for interpreting the actions of others and to teach them more appropriate ways of resolving injustices. Four students in the school relate their problems and describe, through a qualitative research interview process, how the school helps them. The book describes specific strategies the school used and concludes with suggestions to those who wish to establish a similar program.