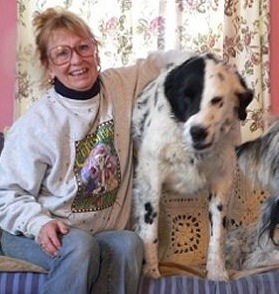 USA Today bestselling author, Linda Watkins, who resides in Sedona, Arizona, is the author of the multi-award-winning Mateguas Island Series and the critically-acclaimed, bestselling thriller, Storm Island, A Kate Pomeroy Mystery. In addition to these novels, she has also penned the award-winning contemporary romance, Summer Girl, A Novel and three novellas (Sarah & Zoey, A Story About the Power of Unconditional Love, The Night of the Sciurus, A Western Michigan Tale of Terror, and The Witches of Storm Island: Book I, The Turning), all of which have received excellent editorial and customer reviews. Linda is a member of the Horror Writers Association, The Authors Guild, The International Association of Crime Writers (N.A.) and The Great Lakes Association of Horror Writers. The adopter of three rescue dogs, Linda is serious about animal welfare and, all profits from The Mateguas Island Series are donated to her charitable trust, The Raison d’Etre Fund for Dogs, Dedicated to Rescue and Research which is administered through Schwab Charitable. To find out more about Linda and her works, please visit her book website http://www.lindawatkins-author.com/, her blog, http://www.lindawatkins.biz/ where she posts book reviews and other items of interest, or her website dedicated to the Mateguas Island Series, http://www.mateguasisland.com/. 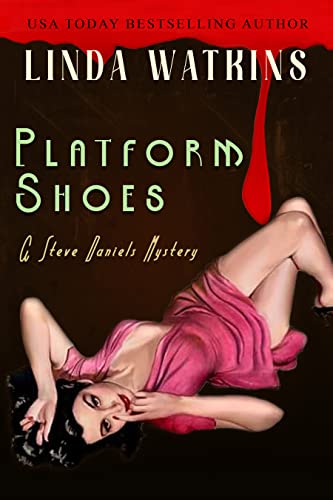 The year was 1943. He was a pilot in the U.S. Army Air Corps, on loan to the British, flying a reconnaissance mission over occupied France. Shot down, he had to make his way back to England with what could prove to be a very important reel of film taped to his chest. Wounded, he was grounded and sent back to the States to the Air Cadet Base in San Antonio, Texas to teach. Plagued by nightmares stemming from his wartime experiences, he was easy pickings for a woman like her …

She was his commander’s wife – beautiful, relentless, and the wrong kind of woman for him. What would happen when they got together would be nothing less than murder…

From USA Today Bestselling and award-winning author, Linda Watkins, comes a dark murder mystery set in the latter stages of World War II. Platform Shoes, A Steve Daniels Mystery, is planned to be the first of a series of mysteries featuring the ex-serviceman. Watkins is also the author of the award-winning Mateguas Island Series and the award-winning Kate Pomeroy Gothic Mystery Series. 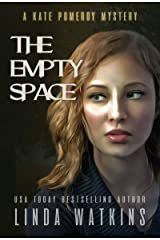 “A masterpiece of suspense”
Crack, crack, crack!
Three shots from a sniper’s rifle send Kate Pomeroy’s world spiraling into a deadly tailspin. Worried about the safety of those she loves, Kate sets out on a dangerous journey to bring an obsessive madman to justice. But unbeknownst to her, other forces are at play in this melodrama – twists, turns, crosses, and double-crosses – will she emerge victorious? Or, will she fall prey to the psychopath who wishes to, once again, enslave her? The Empty Space is the fourth novel in the multi-award-winning Kate Pomeroy Gothic Mystery Series by USA Today bestselling author, Linda Watkins. 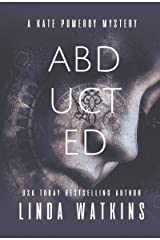 It’s mid-July and Dr. Kate Pomeroy is in town for the final fitting on her wedding gown. She and Jeremy plan to marry the following weekend, an event that Kate is looking forward to with all her heart. But unbeknownst to her, she is being stalked and, as she walks to the water taxi stand, is accosted, incapacitated and stolen away to an uncertain and dangerous future.  Will she survive the mental and physical torture she will be forced to endure? And will Jeremy be able find her in time? 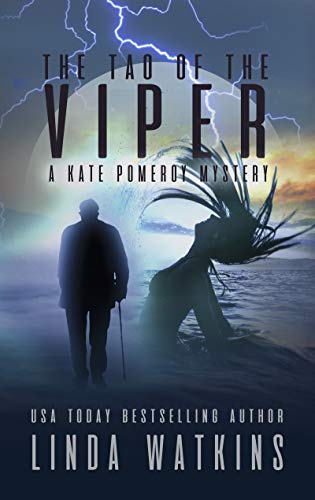 From USA Today bestselling author, Linda Watkins, comes the second installment in the award-winning Kate Pomeroy Gothic Mystery Series…The Tao of the Viper...After the events of the summer before, Dr. Kate Pomeroy is finally getting her life back on track. She and her boyfriend, Jeremy, have reconciled and are planning for a life together. But things are not always what they seem and the arrival of a sinister and cunning old man, with an agenda of his own, may serve to turn Kate’s ordinary world upside down! 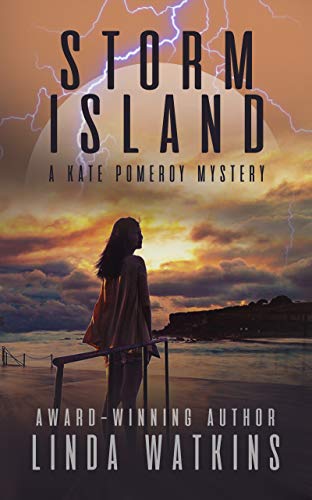 From award-winning, bestselling author, Linda Watkins, comes a new contemporary gothic series to chill your bones and warm your heart. A body found hanging from the ceiling fan in the tower room of the old manor house on Storm Island. For nineteen years, Kate Pomeroy has suppressed that memory. A second-year-resident in surgery, she thinks she has her life under control. But a curious conversation overheard while taking a catnap launches her on a descent into a world filled with nightmarish visions that cause her to doubt her own sanity. Sent to Storm Island to rest and recuperate from an apparent breakdown, Kate is forced to come to grips with memories of the summer her mother died as well as new terrors that plague her mind. Even the blossoming of an unexpected romance with islander, Jeremy Bradshaw, cannot keep her fears at bay for long. The discovery of a strange little silo, hidden deep in the woods, spurs Kate to action as she tries to unravel its mysteries. But is the silo real or just another illusion created by her tortured mind? Storm Island, A Kate Pomeroy Mystery, is the first book in a series of mysteries taking place on Storm, a remote island off the coast of Maine. 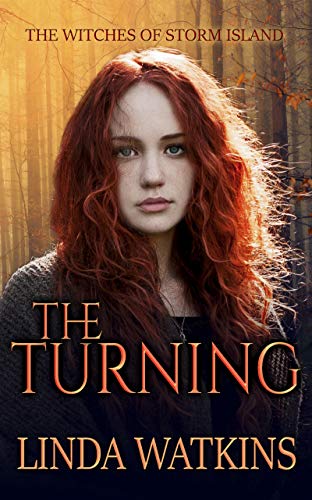 It is the Year of Our Lord 1685 and fourteen-year-old Maude Prichard finds herself at a crossroads in life. A chance meeting with a strange woman, who never ages, sets the young Puritan maid on a path littered with fear, superstition, and witchcraft. A boy whose love is forbidden and an old man, drenched in darkness and depravity, will catapult Maude out of her well-ordered world into a life fraught with danger. Travel with her as she journeys from the Massachusetts Bay Colony to the wilds of Maine where she will finally take her place among The Witches of Storm Island! The Witches of Storm Island is the first installment in a prequel series to the modern-day Kate Pomeroy Mysteries, the first of which is entitled, Storm Island. 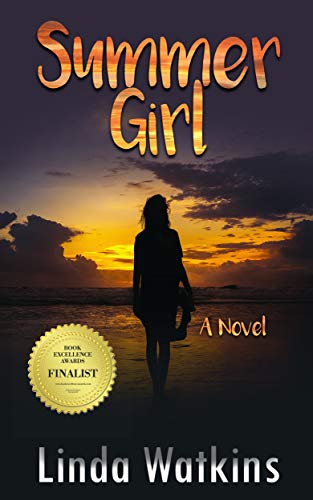 “Does first love, true love, ever really die?”
Andi Martin asks herself that question as she sits on the porch of the Sloane Cottage, her mind flooded with memories of the summer of ’65 and a boy, once loved, but never forgotten. Jake Chambers is also on a collision course with the past as he returns to Cutter Island for the first time in more than a decade. And, as the ferry approaches the wharf, he finds his mind filled with thoughts of a summer long forgotten and a girl destined to haunt him forever. From award-winning author, Linda Watkins, comes a story of love, loss, survival, and, most of all, hope…SUMMER GIRL, A Novel. 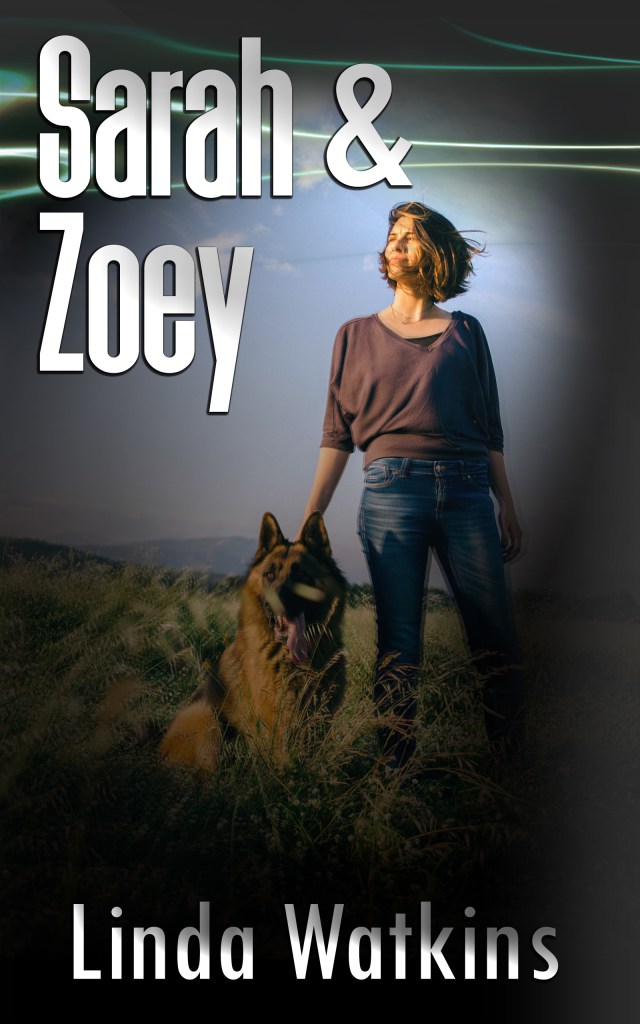 A feature writer for the Boston Globe, Sarah Palmer had it all – a beautiful apartment, a great job, and a family she adored.
A thousand miles away, Mindy Sue Watson didn’t have it so good. Trapped in a marriage to an abusive alcoholic, her only pleasure was in tossing a ball to a skinny dog she’d adopted from the local shelter.
“Sarah & Zoey” is the tale of these two women and the one remarkable dog who saved them both. It is a story of the power of unconditional love. 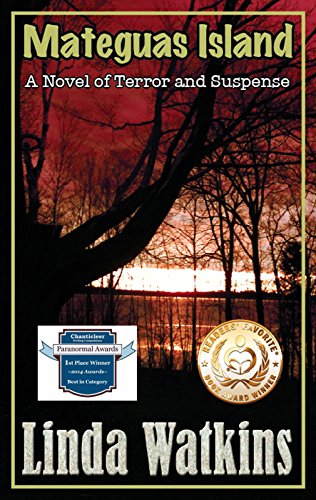 What could be more idyllic than to live on an island off the coast of Maine? That’s what Bill Andersen thought when he moved his family to Mateguas. But Mateguas is more than just pristine beaches nestled between rocky shores. No, Mateguas is really something quite different….

AUDIOBOOK “…a fast-paced and unpredictable story that is both spooky and entertaining. Mateguas Island is an absorbing horror tale and is highly recommended.” ~ Jack Magnus for READERS’ FAVORITE. 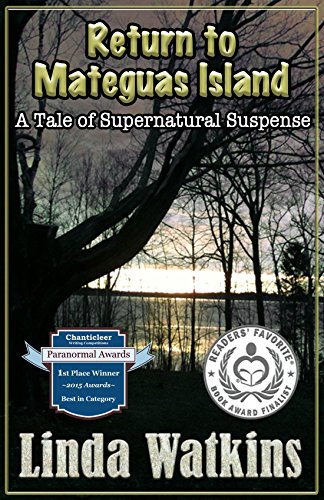 A young woman, searching for answers ….
A man, trying desperately to remember what he has forgotten …. What secrets lie buried?
What mysteries are waiting, patiently, beneath this island’s pristine exterior? Come back … back to the mythos, passion, and magic …. RETURN TO MATEGUAS ISLAND! “Fans of Watkins’s MATEGUAS ISLAND will welcome this solid sequel…Watkins smoothly integrates the paranormal with a complex family drama.” ~ PUBLISHERS WEEKLY “This is a quick-paced story portraying a wide range of human emotions, deadly supernatural forces and ancient Native American beliefs that may help the characters survive the ordeal in store. It explores the depths of love and loss, dedication and defiance, innocence and desire – all in spite of the threat of losing everything. This is supernatural fiction at its best with a hint of coming-of-age enlightenment to appeal to younger readers as well as readers of all ages.” ~ Melinda Hills for READERS’ FAVORITE “Linda Watkins’ contemporary dark fantasy, Return to Mateguas Island: A Tale of Supernatural Suspense, is well-written and fast-paced. While this is the second book in Watkins’ Mateguas Trilogy, the author gives enough background to enable it to stand on its own, but the first book, Mateguas Island, is as marvelous, dark and brooding as this one is, and I’d recommend starting from there …The Indian folklore that serves as the basis for this trilogy is so compelling, and Terri’s interactions with Charlie, the elder Indian at the museum were powerful and intriguing … Return to Mateguas Island: A Tale of Supernatural Suspense is absorbing dark fantasy, and it’s most highly recommended.” ~ Jack Magnus for READERS’ FAVORITE RETURN TO MATEGUAS ISLAND is the second full-length novel in the MATEGUAS ISLAND TRILOGY. 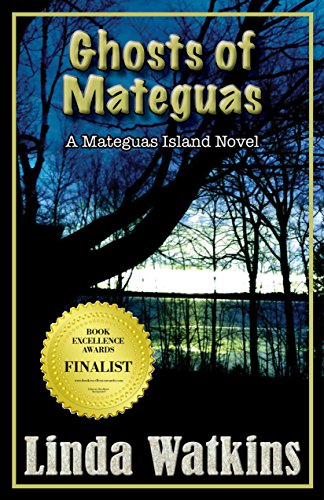 The body of a young girl, found floating in the icy waters of Scarborough Marsh…
Six men, over a span of thirty-five years, disappear without a trace…
A harbinger of evil, so ancient it defies memory, surfaces on the rocky shores of Mateguas…  Journey, with Karen and her family, back to the mythos, passion, and magic, and join her as she seeks to finally lay to rest the … GHOSTS OF MATEGUAS. GHOSTS OF MATEGUAS is the third full-length novel in highly acclaimed, award-winning, MATEGUAS ISLAND SERIES. 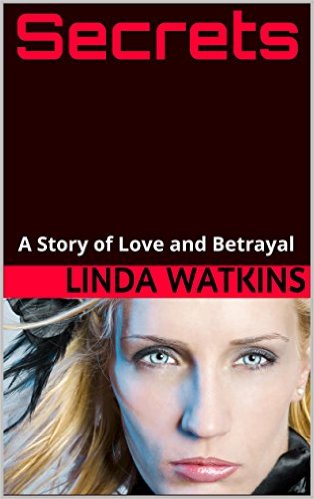 Karen and Bill Andersen are living the “American Dream”. Beautiful and successful they seem to have everything until a foolish indiscretion on Bill’s part results in the loss of his job. Thus, begins the unraveling of their charmed existence. As their financial condition deteriorates, so does their relationship and Bill, keeping his misdeed a secret from Karen, becomes more and more consumed by guilt. Karen intuiting that he’s hiding something from her, becomes angry and bitter as the discord in the family escalates. In danger of losing their home and with her marriage crumbling around her, Karen must make a choice and, by doing so, has her own little secret – a secret that could eventually destroy them all.
SECRETS is the prequel to MATEGUAS ISLAND, A Novel of Terror & Suspense, available on Amazon in print and as an eBook.