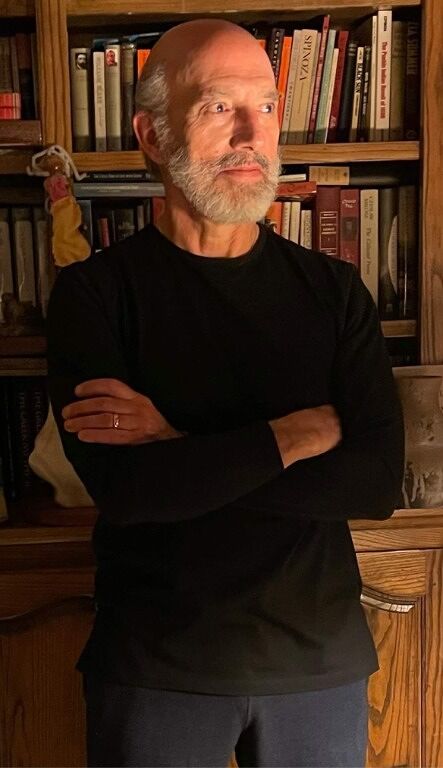 GODDESS OF EVERYTHING
Genre: Psychological Thriller/Metaphysical 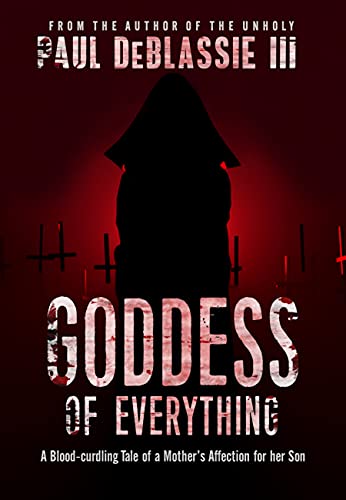 A blood-curdling tale of a Mother’s affection for her son, and her son’s struggle for truth, freedom, and love.

From the multi-award-winning author of Goddess of the Wild Thing, comes an unforgettable, chilling story that will haunt your nightmares. In the mystic land of Aztlan del Norte, a realm of supernatural happenings and unexpected turns of fate, psychiatric healer Gabriél de LaTierra encounters evil within the Orphanage of the Holy Innocents. Children disappear for reasons kept secret by Mother Juana de la Cruz, Superior of the Nunnery and the Orphanage. Love for Mother Juana, his widowed mother turned religious superior, clouds Gabriél’s mind. His wife, Consuela, tries to confront his wall of denial. Torn between his love for mother and wife, Gabriél turns inward. Through Consuela, Gabriél discovers the nighttime blood sacrifice of children in the desert — a centuries-old ritual that imparts immortality to Mother and her nuns. This knowledge places Gabriél’s family in danger. Consuela is attacked and their four-year-old son kidnapped. Can he find a way to save his wife and son in time?
Will he have the strength to do what’s right, even if it means going against his beloved Mother? 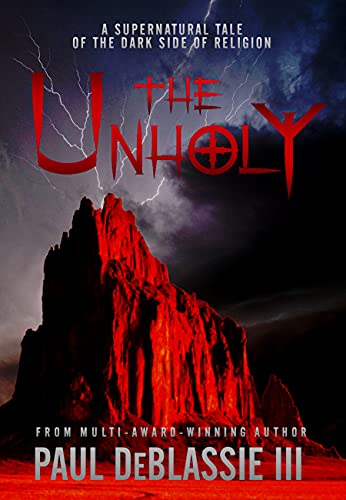 Set in the mystic land of Aztlan, The Unholy is a supernatural tale of a woman’s destiny as healer and slayer.

The Unholy is the dramatic story of Claire Sanchez, a young medicine woman, intent on discovering the closely-guarded secrets of her past. Forced into a life-and-death battle against an evil Archbishop, William Anarch, she confronts the dark side of religion and the horror of one man’s will to power. Native lore of dreams and visions, shape changing, and natural magic work to spin a neo-gothic web in which sadness and mystery lure the unsuspecting into a twilight realm of discovery and decision.

A dramatic tale of one woman’s spiritual journey where metaphysical happenings, unexpected turns of fate, and unseen forces impact her ability to love and be loved. 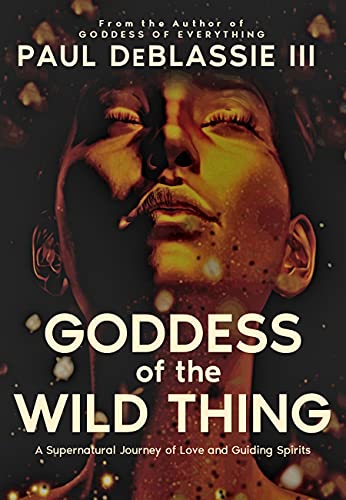 Eve Sanchez, a scholar of esoteric studies, is driven into unreal dimensions of horror and hope as she encounters a seductive and frightening man, criminal lawyer Sam Shear. Sam introduces Eve to a supernatural world in which the wicked powers of a surrogate mother’s twisted affection threaten love and life. Struggling to sort through right from wrong, frightened yet determined, Eve nears despair. In the magical realm of Aztlan del Sur, a mythopoeic land of hidden horrors and guiding spirits, Eve, with three friends and a wise old woman, is caught in an age-old struggle about love — whether bad love is better than no love — and discovers that love is a wild thing.