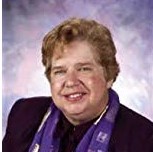 Trish Ostroski has had a varied, interesting life. Having served in the United States Peace Corps 2013-2015 in Moldova in Eastern Europe, a former Soviet nation, where there are approximately three million residents, she had many adventures and powerful experiences.Prior to the Peace Corps, Trish was active in the entertainment industry in Hollywood as a playwright, theatrical reviewer, performer, writer, speaker and more. While in Los Angeles, she worked in advertising as well as with video, print, radio, television and more. Yes, that degree in Mass Media and Communications from the University of Akron eventually paid off. With more than 500 articles published in newspapers and magazines, she also co-authored a few books, and performed standup comedy at the famous Ice House in Pasadena. She shared the stage with Joan Van Ark, Lee Meriwether, Lainie Kazan, and Debbie Reynolds. Then Ostroski switched gears by training to become a hypnotherapist. Somewhere in the middle, she survived the Northridge Earthquake, lost her car which was flat as a pancake, dealt with her condo that became rubble that fateful day in January of 1994 and lost lots of stuff. In reflection, it was just another journey in life’s marathon. Her recent book, There’s a Rooster in My Bathroom, details many wonderful stories and experiences that few others have. Trish currently lives in Ohio.

THERE’S A ROOSTER IN MY BATHROOM
Genre:  Travel Humor 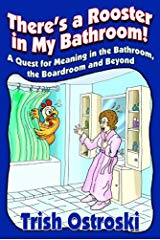 Thoughtful, real and easy to read, Trish Ostroski shares a variety of stories and lessons in this whimsical, easy-to-read book. With insights and observations from a life well lived in places like Moldova all the way to Hollywood and beyond, she shares her wonderful ride! With a career focused on service above self, she was able to experience places and people most of us can only imagine. The stories resonate with those who love travel and life lessons learned along the ride. The book reads like scenes from a movie. Each one a new chapter in the travels of Trish, allowing the reader to skip from section to section as the stories demand. From poignant Peace Corps experiences to the trauma of surviving an earthquake, there are life lessons for any reader. The people, places and things that Trish Ostroski has experienced will keep you reading into the night. A beautiful, book-on-the-nightstand read for anyone who loves a good story!