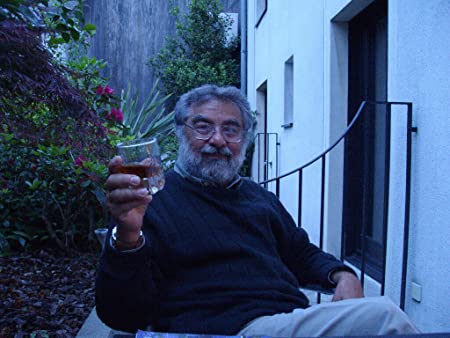 Vincent Panettiere was not born in a trunk at the Princess Theatre in Pocatello, Idaho, but in Brooklyn, NY. He graduated from St. John’s University and went to graduate school at Boston University. After college he became a sports writer for the wire service United Press International (UPI) and later wrote for the Boston Herald, a major daily newspaper in that city before Rupert Murdochized it. After holding executive positions at Westinghouse Broadcasting, CBS and Xerox he moved to Los Angeles to pursue a career as a screen writer. Four of his scripts were optioned but not produced, one by Twentieth Century Fox and the others by now-defunct production companies. He became a licensed and bonded literary agent representing writers and directors in television and films. He made deals for writers and directors on TV series, including Xena, The Untouchables and Babylon 5. He was also instrumental in the production of two independent feature films and the sale of numerous indie/MOW film scripts. During the same time, Panettiere was certified by the Major League Baseball Players Association to serve as an agent for major league and professional baseball players. Clients he represented played in the major leagues for the Boston Red Sox, St. Louis Cardinals and Kansas City Royals. Objecting to the standard means of financing independent films, Panettiere sought non-traditional funding for his writer/director clients. His journey through the murky world of cyberspace was chronicled in his first book The Internet Financing Illusion published in 2007. Next, Panettiere turned to fiction. In A Woman to Blame, Panettiere created the character of Chicago police detective Mike Hegan. This was followed by These Thy Gifts, a second novel featuring Hegan, The Scopas Factor and his latest, The Music of Women.
He continues to live in Los Angeles and has eaten dinner in Pocatello, Idaho. 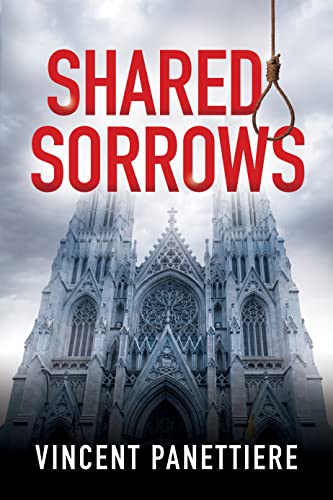 Frank DioGuardia, a New Jersey college professor always feared the onset of autumn. A chill in the air and rainy skies took him back to the day his father died decades ago. It was a memory that each year caused Frank to start counting the days until he reached the milestone of having spent more time on earth than his dad. This year would be no different, bringing about the realization that after thirty years of marriage and three children he had been inhabiting the earth for all the wrong reasons. This realization came to Frank after he committed a violent act on a stranger during New York’s Columbus Day parade. It also brought into his life Dr. Laurie McDevitt, the emergency room physician who had treated his injuries after the incident. When she revealed that her father died on the same night as his those many years before, Frank had a comrade in grief. Will their shared sorrows be enough to survive the media frenzy that follows? Shared Sorrows — a story of love and redemption. 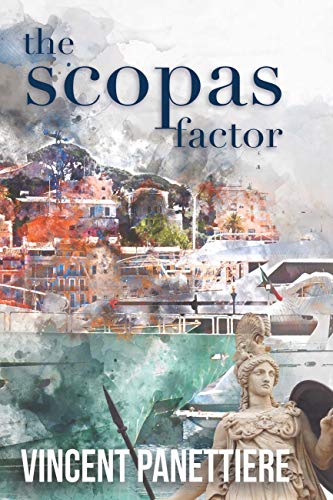 A Hmong “story cloth,” a Revolutionary War battle flag, forged Picassos and a Russian drug dealer—finding the link between these disparate elements is the challenge Mike Hegan faces in The Scopas Factor, the latest mystery from Vincent Panettiere. After his last investigation ends tragically, Detective Mike Hegan returns to Chicago from St. Kitts, hoping to put everything behind him. But his girlfriend, Diana, has other plans, and although he has no interest in the job opportunity she presents him—in a small northern California town, no less—he wants to please her. Upon his arrival in Weedley, he’s caught up in a kidnapping and two murders. A visit to Diana’s family in San Francisco only serves to deepen the mystery, as her father might be the link to a gang of antiquities thieves that might have something to do with the crimes in Weedley. And when Diana’s father disappears, Hegan takes off for Antibes in southern France, where he discovers that the mystery has only just begun.

Hours after a thoroughbred racehorse collapses and dies after finishing last in a race he was favored to win, his trainer—a young woman with a promising career—is found dead on a suburban Chicago beach. To the police, it’s a simple case of murder-suicide. But Mike Hegan, veteran police detective, refuses to believe the official story. Instead of retiring like they want him to, he embarks upon a search for the truth, and finds himself on a Caribbean island where scores are settled—and lives are lost. Fans of James Patterson and other crime fiction writers will find a new hero in Mike Hegan—a detective who defies convention to make sure that justice is served.

THESE THY GIFTS
Genre: Historical Fiction 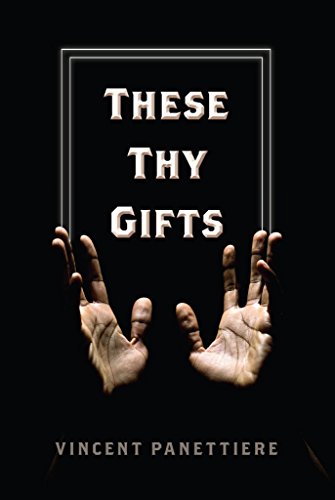 These Thy Gifts is a forbidden love story spanning 50 years between a priest and the widow of a mobster. It encompasses history, mystery, comedy, gangsters, beautiful women, war, and religion.
2006 is a tumultuous year for the Catholic Church. Reports of horrific sexual abuse are becoming widespread. Monsignor Steven Trimboli is troubled. He worries for the future of the church—and rightly so. A new crime will soon reverberate throughout his church and hit closer to home than he ever imagined. As Trimboli examines his faith, he must also examine his past. This poignant new novel takes readers back fifty years to meet Trimboli as a young and passionate priest, ready to tackle the world. The church, however, has other plans and exiles him to a small town in New York State. It is there that he meets the intriguing and beguiling Rosalie LaMarca. The two will form a connection that will have lasting consequences for both their lives. Trimboli’s adventures will take him to the front lines of Vietnam and back. He will encounter abuse in his time serving the Catholic Church, but he will also bear witness to moments of unimaginable grace. Follow Trimboli as he confronts his past, his choices, and what it means to be a man of God.

THE INTERNET FINANCING ILLUSION
Genre: Non-Fiction / How To 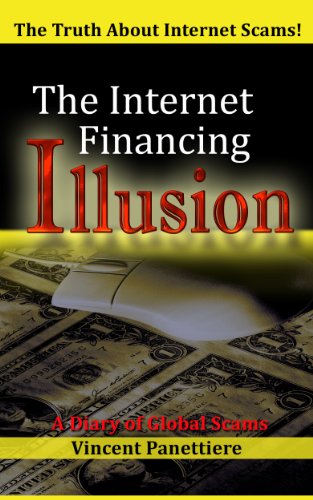 This diary of Internet scams reveals the guises and tactics of Internet predators who lurk behind every computer screen. Millions of people have been the victims of Internet scams in recent years. The Internet Financing Illusion explores one businessman’s personal journey through the perplexing and often dark world of cyberspace and profiles the faceless financial scam artists who lurk behind keyboards and computer screens. In 1999, Vincent Panettiere started searching for ways to finance his film production company. More than two hundred leads and several months later, he was unwittingly thrust into an Internet adventure that would consume his life. Anamika Biswas of Kolkata, India, said she had $33 billion to invest in several companies located in the United States, Bermuda, Canada, and Australia. For most of 2003, this twenty-four-year-old woman led Panettiere and approximately twenty other individuals and businesses with the precision of a military commander leading the enemy into a blind canyon. In this powerful and cautionary tale, Panettiere includes the actual e-mails he exchanged with Biswas in order to help others recognize the inconsistencies, lies, and manipulative text that Internet scam artists use to lure their victims. The Internet Financing Illusion delivers firsthand information and invaluable guidance to keep you scam-proof in cyberspace.